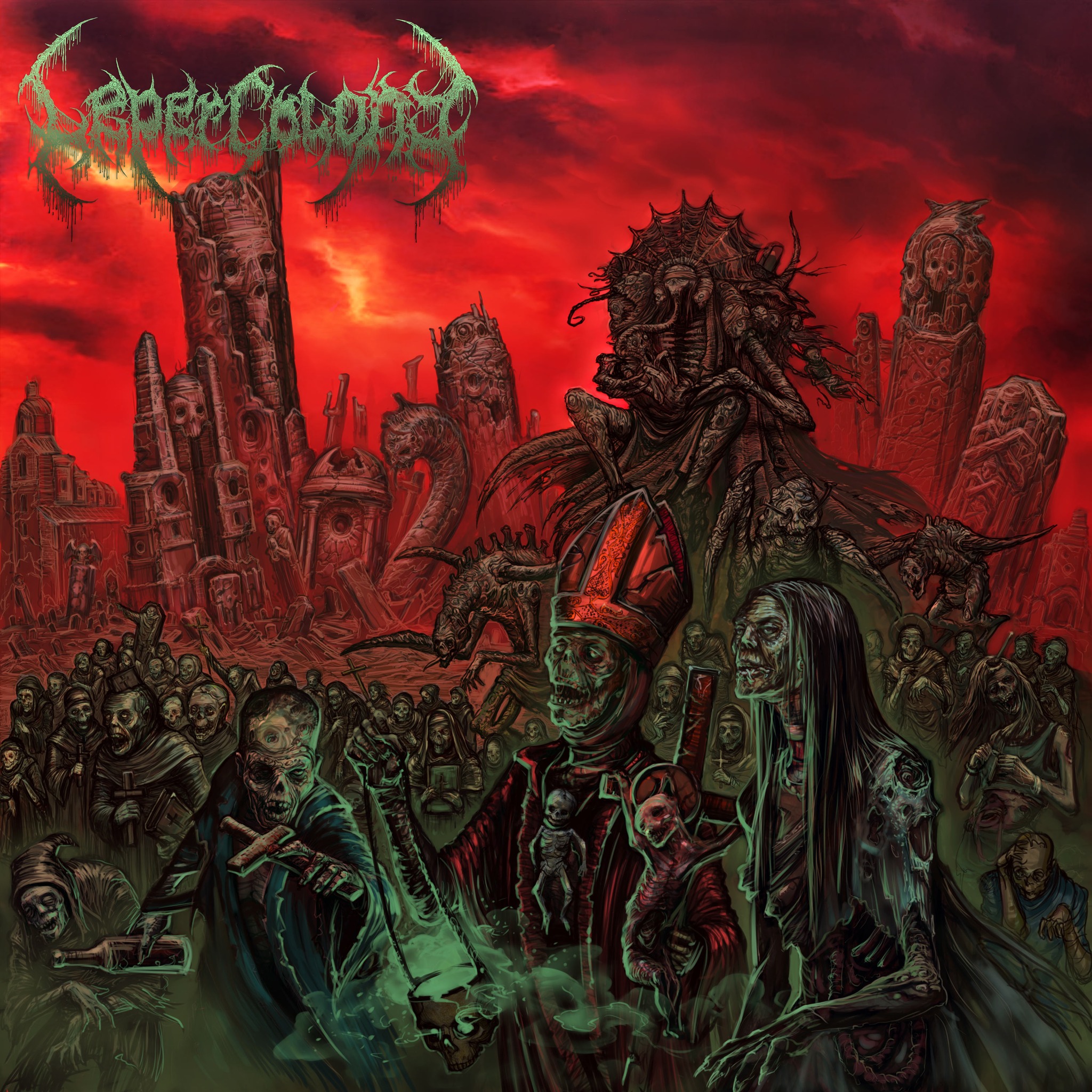 While this is the band’s first release and Leper Colony is a new band on the Death Metal front, the musicians are far from rookies. The trio consists of Jon Skäre (Mezzrow, Consumption) on drums, Rogga Johansson (Ribspreader, Massacre, Revolting, Paganizer and 666 other bands) on guitar and bass and Marc Grewe (ex-Morgoth and on the recently re-formed Despair) on vocals. This also immediately indicates the direction in which we can find Leper Colony.

Although Johansson’s work is usually pretty straight to the point, and, frankly, just on the boring side, he makes himself heard in Leper Colony in a remarkably varied way. The music is much more dynamic than what you usually hear from him, this in no way resembles Paganizer. Skäre’s drums also do their bit to save the music from being labelled boring. But, this is no award winning Death Metal either, but I would also be surprised if that was the approach of this experienced trio. It comes across to me as a bunch of scene veterans who have come together to cobble together a good pot of Death Metal.

Grewe’s vocals have changed a bit over the years, it doesn’t sound as extreme, brutal and death-defying as on Morgoth’s first two 12″ EPs, but then those are over three decades old. So even though Grewe has aged by as many years, he still has the fire in him to roar a Death Metal record full. Together with the surprisingly well-played leads, like in the title track, Grewe’s vocal delivery is the highlight of the album for me. Not at all the best vocals he ever laid down, but it somehow gives the album a rather authentic feel and an overall indistinct sense of nostalgia.

By no means ‘Leper Colony’ pushed any boundaries, or envelope, for that matter, but it was a pleasant ride all together. It is recommended for those who like their Death Metal without all too many frills, but is not all too flat footed at the very same time. Just decent Death Metal, that is what Leper Colony is.