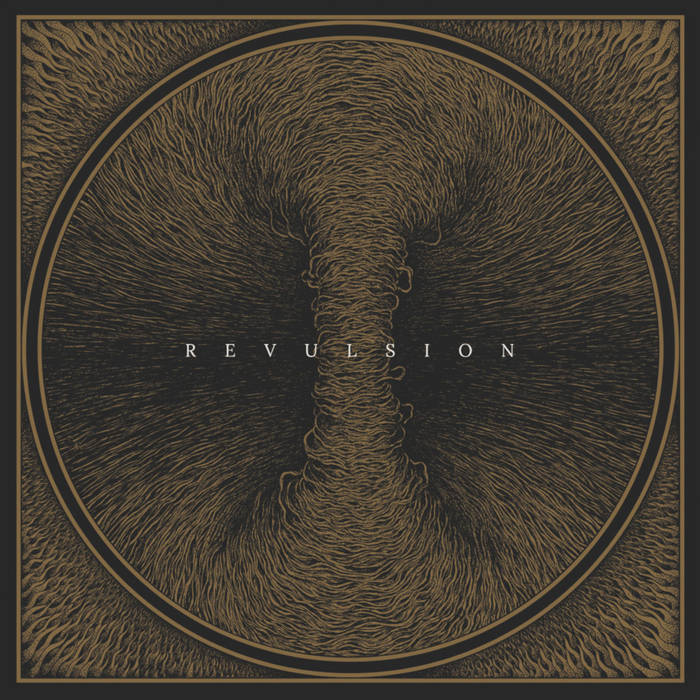 The promo sheet mentions that Revulsion happens to be one of Finland’s best kept secrets, and indeed, searching for information about the band I only found back one demo (2010), and EP (2011) and the release of a single in 2016 since 2005. Does this makes you one of land’s secrets? No, more likely a band that only provides their music to the listeners when they all think that its 100% finished I suppose.

But was it worth the wait? Surely it did, cause this old school death metal sounds fresh (modern production) but will easily be embraced by the old school legions because of the basic Death metal input they handled. Production wise it isn’t all 100%, but it sounds dirty enough for me haha. The vocals from Aleksi Huhta are great and instrumentally they all seem to stride for their best effort (but for me the bass player has won), which makes this a more then enjoyable Scandinavian Death metal release.

Three tracks got a Finnish stamp to them (go through the tracklist to see) where the second one titled “Lihaan sidottu kirja” tickles me the most. Great tracks are opener “Last Echoes of Life” with its catchy outcome and the aggressive “Pawns”, but the absolute best track on this album is “Silence”, that makes a statement about great songwriting, use and combination of different styles, big riffs and drums with balls.

The year 2020 has offered us many great Death metal releases, judging by this album, I’m sure the list of good releases will only grow. Available in February 2021, don’t tell me I didn’t warn you… (Fredde)