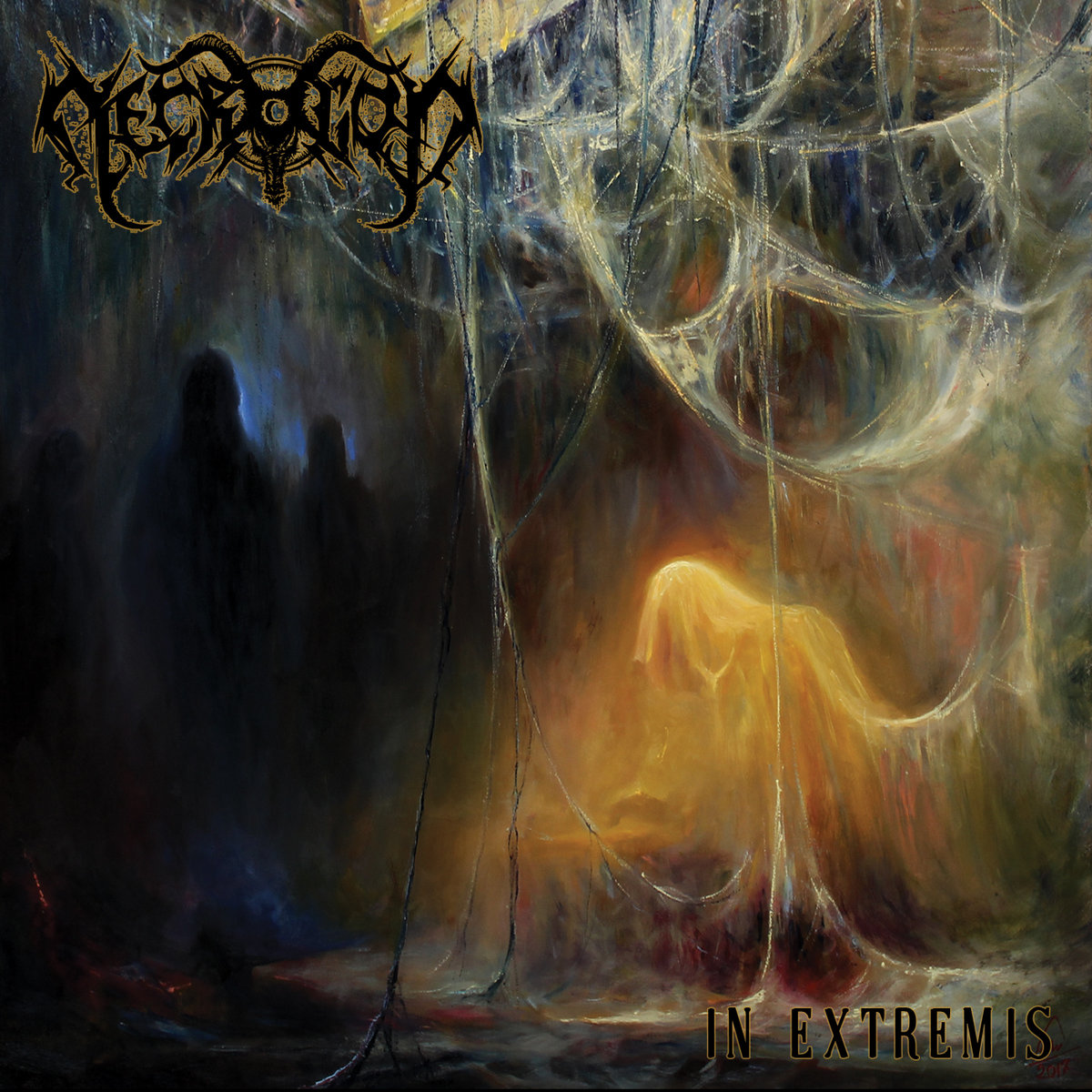 A few years ago Swedish jack-of-all-trades Rogga Johansson and Costa Rican Ronald Jimenez (also known as ‘The Master Butcher’) of bands like Morbid Stench and previously also Insepulto, got together with the aim of creating another Death Metal band in which they would propel each other’s talents to new levels. That resulted in the ‘The Inexorable Death Reign’ EP in 2015 and a split 7” EP with Jimenez’ other band, Morbid Stench, in 2017. Yet it took the band another few years to come up with a proper full-length.

Graced with a glorious cover, the duo was finally able to present their debut album four years after their last feat: ‘In Extremis’. In the very most occasions Johansson’s musical offerings are very little exciting, most of the times his take on Death Metal is rather one-dimensional, flat sounding and, basically, just average at best. Necrogod is a pleasant exception to that rule, it is surprisingly dynamic and especially Jimenez’ excellent vocal delivery is definitely highlight in Necrogod’s musical offering. That dynamism that is, more often than not, absent in Johansson’s other musical endeavours, is found in all of Necrogod’s elements of the music: the guitars/riffs, the drums and especially the vocals. The variation in tempos is also very refreshing, going from a up-tempo semi-blast beat tracks to a more dragging pace that resemblances a Bolt Thrower sort of dirge. And surprisingly, even the sound is not all too flat footed.

Of all the Johansson albums I heard over the past few years, I do like this one best. To be honest, I am even pleasantly surprised. Okay, Necrogod has not delivered a new classic Death Metal album, but it is a more than your average Johansson record and it definitely is a decent debut album.