Live Burial – Curse of the Forlorn 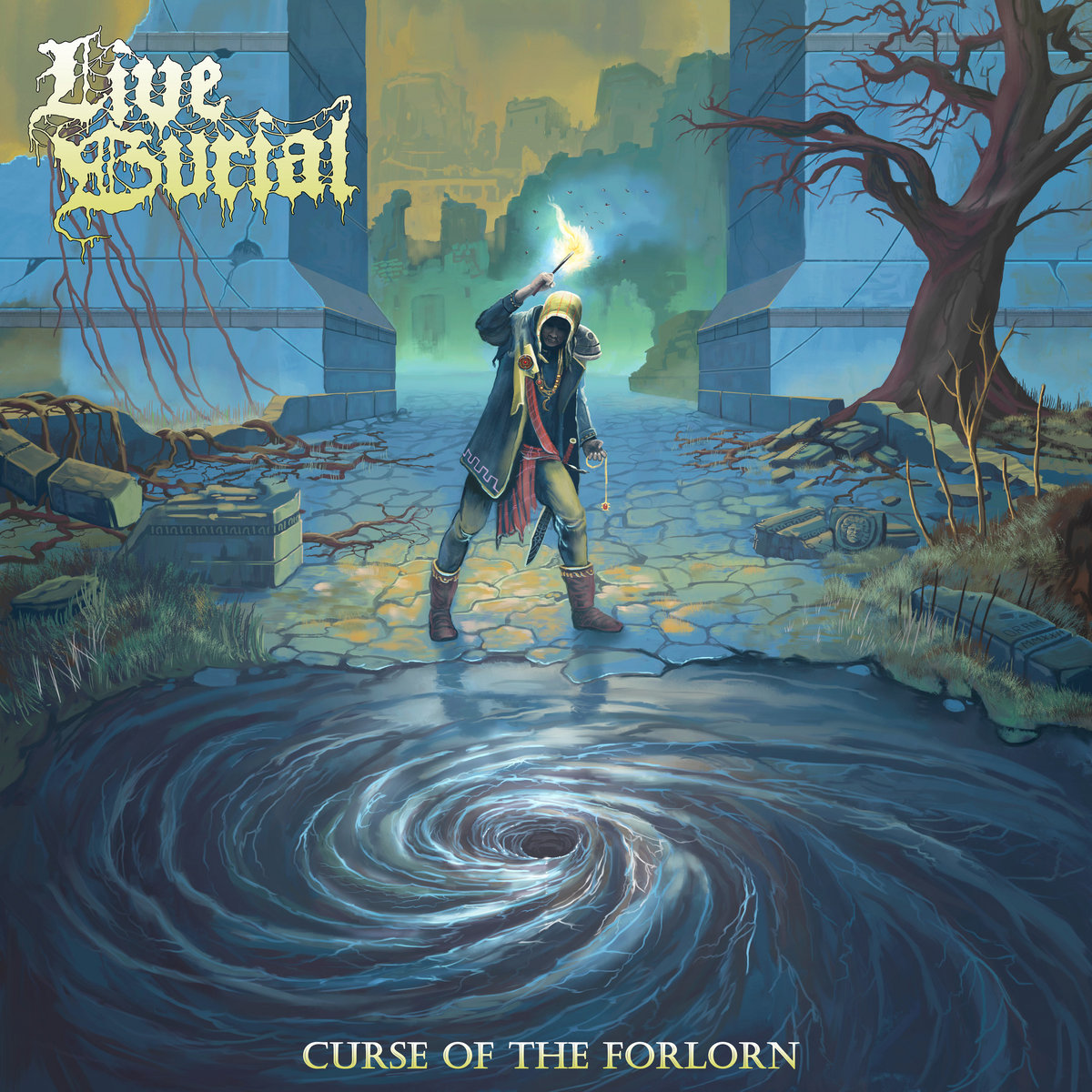 Back in 2020, UK Death Metal band Live Burial and Indian label Transcending Obscurity Records formed a relationship that led to the release of the excellent ‘Unending Futility’ album, a spectacular piece of work and superbly packaged. So clearly the relationship is working as this September sees the same combination unite once more to give us ‘Curse of the Forlorn’, the bands third opus and again another superb looking package, coming out on CD, cassette and vinyl.

Death Metal has never been my main focus when it comes to Extreme Metal, but to my ear despite being a British band, Live Burial take influence mainly from the North American greats of the genre. I can hear a fair bit of Cannibal Corpse in the Live Burial sound, although in truth Live Burial have a far more atmospheric, murky sound than cannibal Corpse ever did. As for the levels of technical mastery by guitar players Jake Bielby & Rob Hindmarsh, again these lads are churning out far more technical wizardry than their American idols. I really am a fan of the production on ‘Curse of the Forlorn, the murky, cavernous sound, as if Live Burial are playing in some deep, dank pit of squalor. And when the pace is slowed down the doomy element that creeps into the bands play is crushing.

‘Curse of the Forlorn’ is an incredibly well written album that seems to get stronger the deeper into it you get. ‘My Head As Tribute’ is a personal highlight for me; just the right amount of technical wizardry on guitar, fierce growled vocals and some mesmerizing, ominous melodies. Here is an album that will only get better the more you play it. It reveals its secrets slowly and only those who truly persevere with this opus will reap the full benefits.

And yet despite all of Live Burials technical prowess, they are capable of just unleashing the beast in a flurry of sickening drums, vicious growls and ravenous meaty riffs. ‘Curse of the Forlorn’ is heavy on various levels and far surpasses anything the band has releases to date! (Luke Hayhurst)