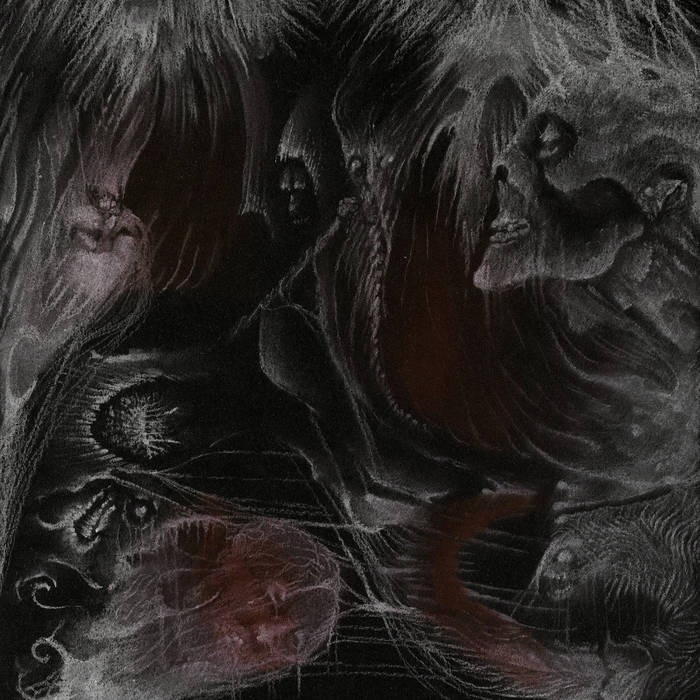 People who have read the reviews for Phobophilic’s split 7” EP with Sedimentum and their ‘Undimensioned Identities’ EP on our pages, might have picked up that both of my colleagues really enjoyed their take on the Old School Death Metal genre. With ‘Enveloping Absurdity’ these four guys return with their first full-length album.

Compared to their earlier work, the thing that immediately stands out first is that the sound is a lot neater. The gnarly and crude sound has been exchanged for a fairly well-produced mould into which these eight songs are poured. This makes the somewhat more technical slant of these songs stand out a bit better. The same goes for the lead guitar, which at times creates a somewhat eerie atmosphere and counterbalances the wild and complex nature of the riffs. However, with this, the soul has also disappeared a bit from the music. Where the previous recordings still had a spontaneous and energetic character, now it seems to be more of a standard exercise in just stringing together riffs and musical ideas. I still hear a fair amount of chugging Bolt Thrower riffs, but because of the many technical twists and the clean sound, it doesn’t really get a foothold. It is, however, certainly not all doom and gloom, this half-hour album is certainly not bad per se, but where in the review of ‘Undimensioned Identities’ you could read that Phobophilic proudly kept its head above the Old School Death Metal water, there is much less to be said for that now. It is nothing that we haven’t hear before and done in a better way about a hundred times. In fact, the spontaneity is out and a dime-a-dozen-band has unfortunately taken its place.

To return once more to the previous two reviews. To my colleague, the International Acrobat, writer of the ‘Undimensioned Identities’ EP, I would like to say that he can now feel free to go camping with the guys from Phobophilic; after all, they no longer packed the rough sound and soul for this camping trip. And to Franki_Boj, writer of the Sedimentum split review, I can say that he doesn’t have to go through his (second) divorce, because Phobophilic doesn’t sound that great on this long-player either. (FelixS)