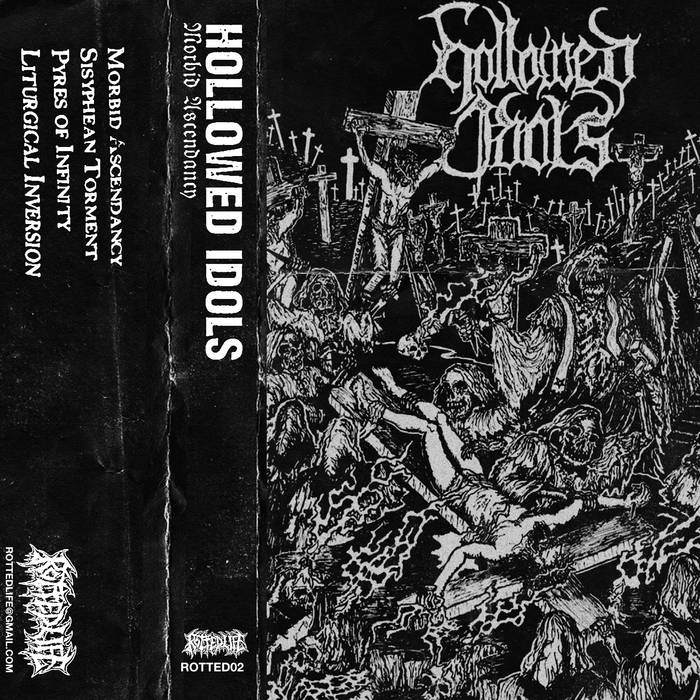 After releasing their first demo, Hollowed Idols from Mississippi (USA) had the inspiration to keep on writing some vile tunes which have a “No trends, no frills, no bullshit” attitude within them. Although mentioning Incantation as an influence…could be considered a “trend” the last couple of years, but when it barks like dog, looks like a dog, lick it’s balls like a dog…I wouldn’t call it a giraffe.

So the blokes of Hollowed Idols are dipping their toes in the murky pool of darkness created by Incantation and it sounds they sure have fun at the squalid surroundings. On the cassette version of Rotted Life Records, you will have the first demo included as bonus tracks, which are a tad more foul than the EP itself, but it doesn’t matter which version can get your hands on, any fan of Incantation and Cruciamentum can buy this one blindfolded. (Ricardo)