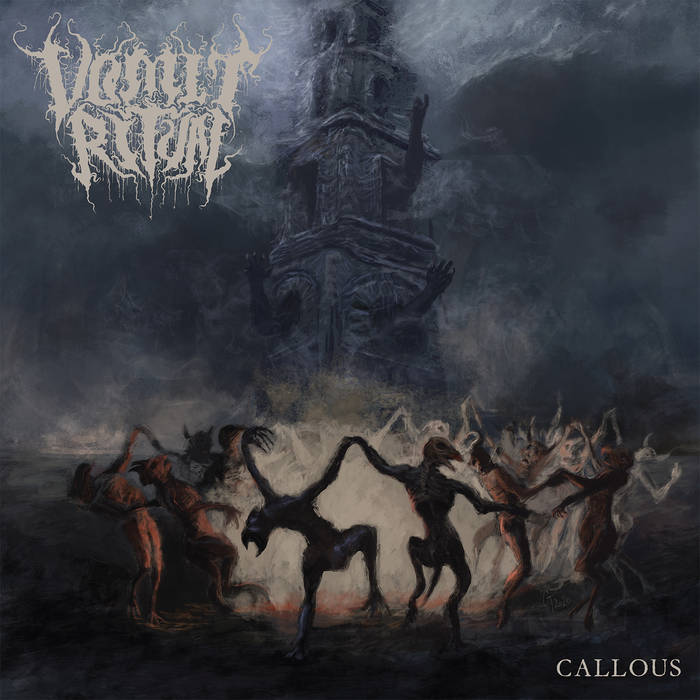 Although Vomit Ritual from the USA, started back in 2008 and released 2 demos, a live-album and a compilation, their last feat was the self-released split with Sexblasphemy (of which 2 members are active in as well) and no retch couldn’t be witnessed since then.

Till last year, after 5 years of silence, the debut album “Callous” was released by Pulverized Records. Vomit Ritual crafted some dark and dissonant sounding Blackened Death Metal with  eerie atmosphere and ambient/noise sounds on this one.

A bit like a combination of Diocletian, Incantation and Conquerer, so it will be overwhelming chaos for some and desired turmoil for others. (Ricardo)