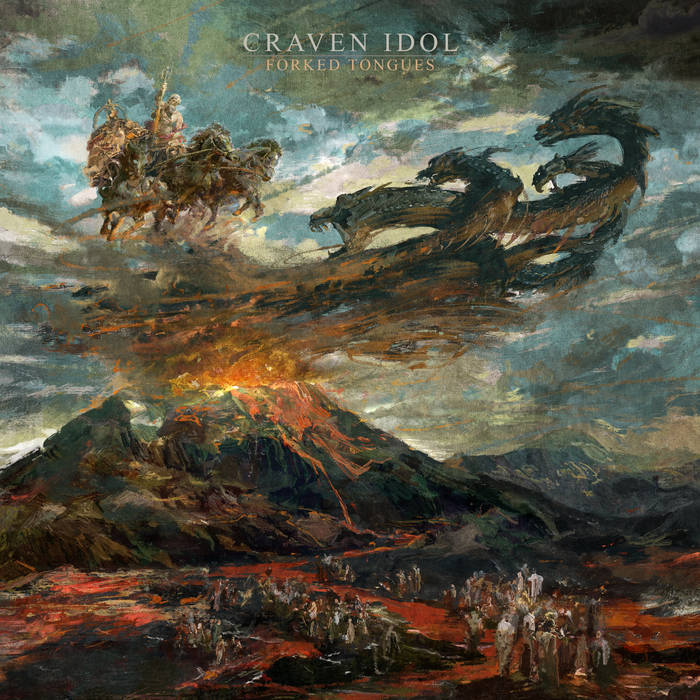 The pleasure of writing for a zine such as “VM-Underground,” is being assigned bands I would most likely never pay attention to on my own. With some of the band names in the last decade, I have had a difficult time assessing the respective genres. Most of the really fantastic names in the Death Metal genres have been taken by the legends of old. At the end of the day, we really do not know what a band is until we listen to it with our own ears. When I was handed the assignment for this latest release by a band titled Craven Idol, I was not sure what to expect. I was quite surprised to discover that I had been sleeping on a band capable of releasing material on the caliber of “Forked Tongues.”

With seven songs in just over forty minutes of music, this third full length album begins frenetically with no time wasted. The first riff on the first song “Venomous Rites” is memorable and soon accompanied by a solo, thus effectively setting the pace for the next forty minutes of your life. Although the band foursome hails from London, England, the sound and songwriting is very much in the vein of Destroyer 666’s “Unchain the Wolves” and “Wildfire” albums mixed with a splash of Gospel of the Horns.

This album always moves forward with terrific momentum on each song. There is also a nice mixture of short and lengthy songs as they all feature decent tempo changes. All of the songs are interesting enough to make me want to return to this album not just because I need to review it, but because they are THAT good. While every song is well worth listening to, yet towards the end of the album, the two about nine minutes a piece titled “Deify the Stormgod,” and “The Gods Have Left Us for Dead,” are most definitely worth hearing. After more than a dozen listens to this of this hidden gem, I would say that at the end of the day, this album is meant for fans of the Australian style of Black, Death, and Thrash Metal. Do not sleep on Craven Idol’s third full length release! (Old Man Stares)