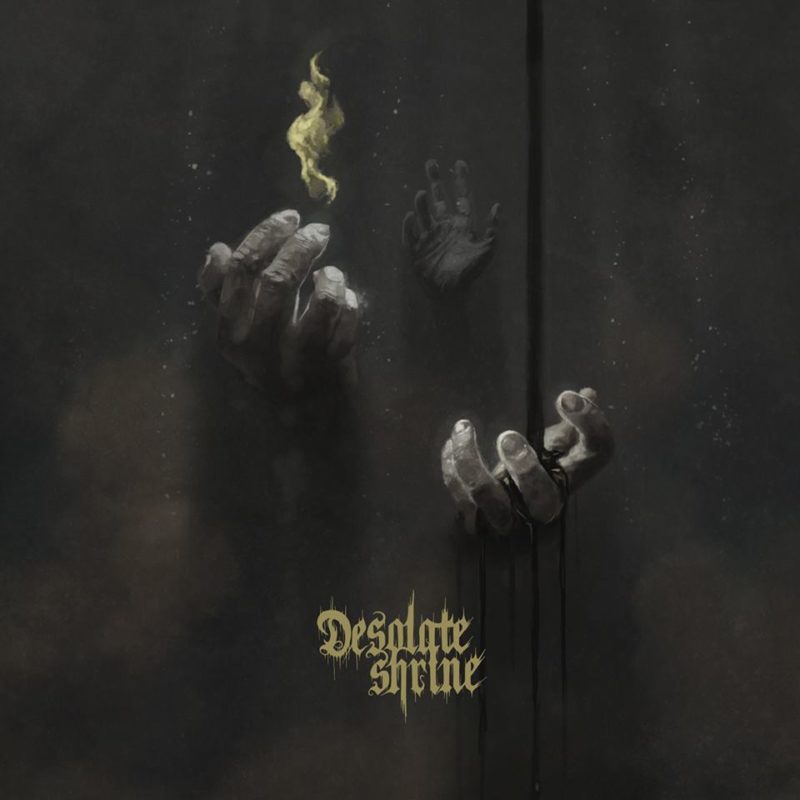 With seven years of existence, Desolate Shrine has been busy on the music composition department, releasing a total of four full lengths. The last one, “Deliverance from the Godless Void” has just made its appearance to the world (November 10th 2017), brought once again by Colorado’s Dark Descent Records. Keeping the same lineup since their first recording, the trio from Finland keeps getting better and bigger as years go by. The production and song writing also keeps getting more powerful with each release, with LL once again contributing with all instruments (yes, everything! From drums to guitars!) and the vocal duties shared by RS and ML. The album is a nine-track black/death opus where the listener is mentally transported to Desolate Shrine’s masterfully created dark and occult world of fear. One can feel the immensity of danger when listening to the music while forming a mental image of pure horror inspired by the album’s amazing artwork (another aspect of Desolate Shrine that keeps improving with each release, courtesy of LL). If you’re ready to experience the feeling of pure darkness, you can listen to the album on Dark Descent’s bandcamp page. (Antonio)