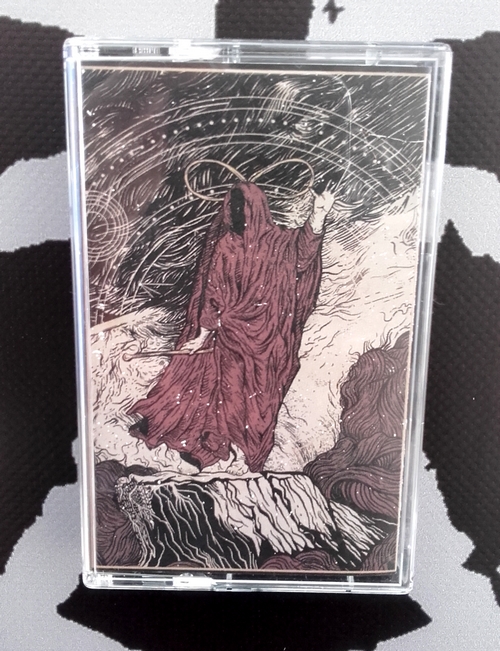 A cassette re-release by Krucyator Productions of Auroch debut album “From Forgotten Worlds” which was released in 2012. You will get a non-easy-listening blend of Death Metal in the vein of late Morbid Angel, Immolation, Cryptopsy and other early brutal and technical Unique Leader Records releases with over the top leads. There is a shade of Black Metal due the combination of low growls and shrieks as well. Although the masses already embraced the album when it got out, I have to admit I only like the leads and some parts of the songs as the technical brutality has to many unnecessary twists if you ask me. In my opinion, the guys within Morbid Angel, Immolation or Deeds of Flesh (to name one of those Unique Leader Records bands) do it a bit better when I listen to tracks like “Domination”, “Father, you’re not a Father” and “Lustmord”. (Ricardo)