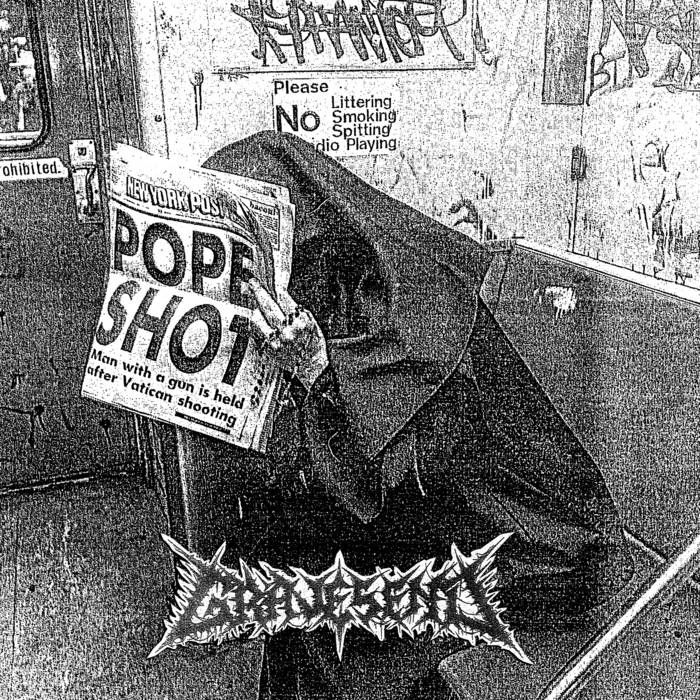 Negativity encapsulated in one album…..

Like a corpse rotting along the wayside, with its deadened eyes filled of maggots. The repulsive miasma from which its bloated stomach expels through decay, so does this album excrete with every track. I mean that with every positive intent by the way.

The Blackened Grindcore band, Gravesend’s releases their first full-length album, “Methods of Human Disposal” which unleashes an onslaught of rage, hate and disgust upon the listener, encapsulated within 15 tracks, clocking around 27 minutes. The production on the album emanates a live, raw and visceral tone to it, which is constructed from the guitars and drums.

The riffs implored here, even though technically fast paced and frenzied, give off the impression that they were fueled by pure emotion, as though, the guitarist just plugged in and was consumed by rage, and this birthed the sound in which the listener hears. The drums display a crisp clarity to it that plays along to the same schizophrenic guitar patterns, in that it complements the filthy atmosphere from which the instrumentation breeds.

The vocals that is the stench that clings to this carcass like a vulture to death feels decrepit and unhinged. As the verses are spewed they are soaked in a repugnant aura and rancor. The vocals carry with it a certain weight to it as though it is echoing through a labyrinth of underground sewers.

Even though when the elements are stripped away, individually they have each their own merit, but together symbiotically, they feed off against each other’s energy creating an unsettling synergy that only enhances this album’s atmosphere. If you are familiar with such bands like Young and In the Way, Nails or even Full of Hell, this may be an album that you find pleasure in. (Justin Joseph)