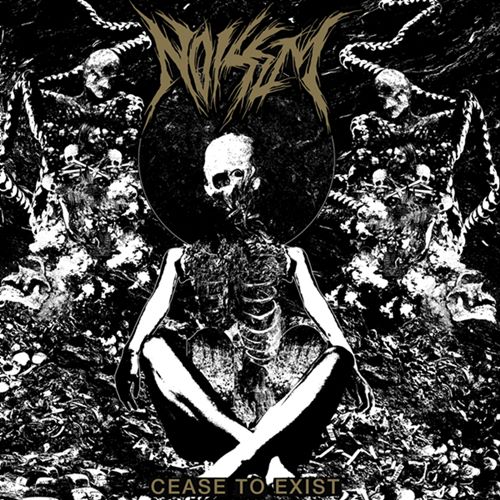 In 2013, “Agony Defined”, the debut release from American extreme act Noisem impressed me with it’s mix of Thrash Metal and Grindcore amplified by raw production. Their follow up release “Blossoming Decay” did not grab my attention the same way. Post that the band disappeared leaving many to wonder what their status was. This changed late last year with the release of a single “Sin Rash” via Adult Swim.

Noisem are now a three piece lead by the Phillips brothers with a new new vocalist/bass player Ben Anft and signed to one of my favourite labels currently (20 Buck Spin). Does this have an impact on “Cease to Exist”? It definitely does! From the first track, “Constricted Cognition”, itself it is evident that the band have new life. Eyes Pried Open was a perfect selection as a single as it sonically represents the album well. Other stand out tracks for me were “Penance For The Solipsist” and “Sensory Overload”. The only relief from the aural assault is on offer in the closing track, the outro of “So Below” and at the start of “Ode To Absolution”.

“Cease to Exist” is described as their most seethingly vicious inwardly dark yet and it certainly is with topics ranging from mental health issues, drug addiction and other terrible things in our world. The album passes at a frantic pace, 10 tracks in under 22 minutes and leaves your wanting more.

If you haven’t heard Cease to Exist as yet, you should get a the album on digital or cd (whichever you prefer) and give it a few spins. I hope we don’t have to wait 4 years for new music from Noisem. (Peter ‘Trendcrusher’ K.)