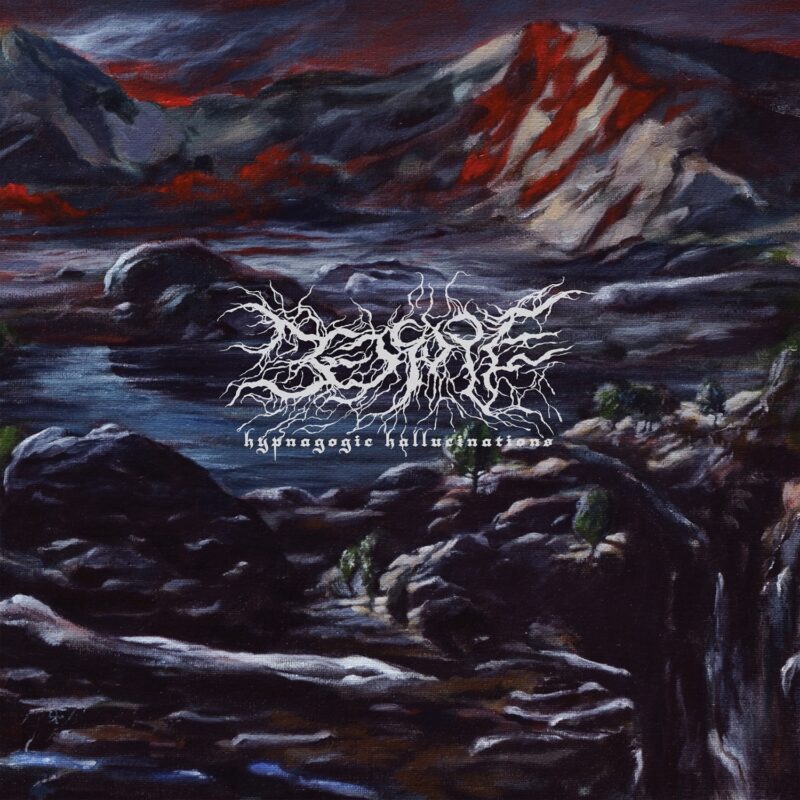 Bedsore is, at least for now, a fairly mysterious band. The best description of them comes from their own Facebook page: “Kaleidoscopic Metal of Death from the Eternal City” really does a bang-up job providing an explanation. Anyone who has heard them would be inclined to agree, I believe, and those who haven’t are most likely quite curious.

There has been a lot of buzz about their upcoming debut, “Hypnagogic Hallucinations”, for several months now. 20 Buck Spin – an excellent label with a roster chalk full of unconventional savagery – has released three of the seven tracks as singles, starting with “The Gate, Closure (Sarcoptes Obitus)” in May. Layered over an OSDM backdrop, that song is an explosion of style. There are moments of chaos, melody, and joviality, bordering on ambient at times. To put it another way, it sounds like an extremely intricate horror show.

“Hypnagogic Hallucinations” is a Death Metal record at its core, with exceptional musicianship on display throughout. But it really is so much more than that. The entire album has a nightmarish storytelling quality, with each song a potential score for seven different films.

“Brains on The Tarmac”, an eight-minute masterpiece of sonic terror, is perhaps the best of the bunch (which is certainly up for debate, as there isn’t a dull moment on the entire album). Its placement as the final piece is, in part, what makes it so effective. It shares a small piece of each of the previous six songs (having the most in common with “At the Mountains of Madness”), making it the perfect cap to a thirty-nine-minute crescendo.

“Hypnagogic Hallucinations” is a fantastic slab of destructive uniqueness, the likes of which I can’t say I’ve heard before. Bedsore is a special band, to be sure, and not likely to be mysterious for long. Highly recommended listening. (VUK)