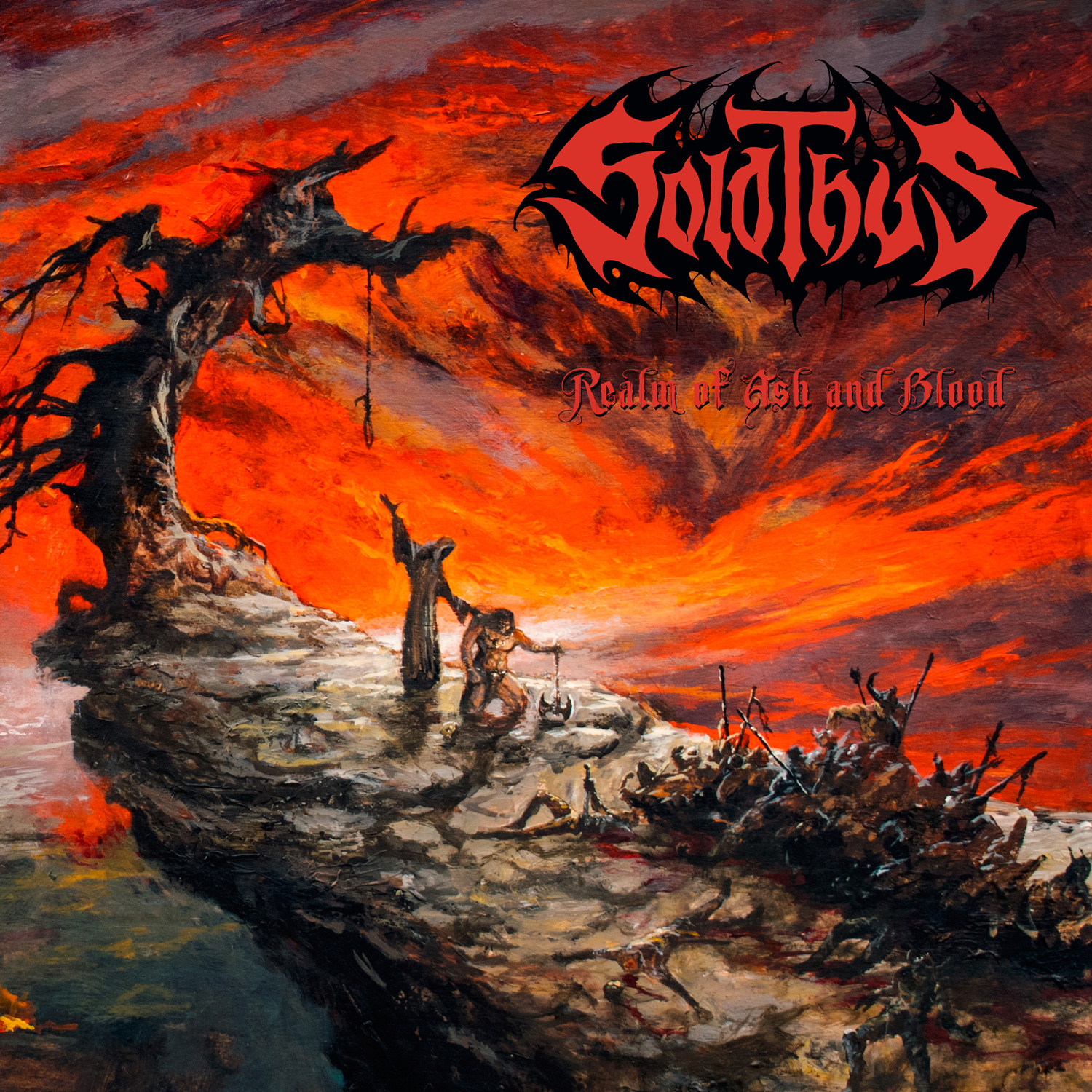 Oh how I do like a little Death/Doom. Slow, chugging, dark and brooding, there is nothing in the world of music quite like it. Finnish band Solothus excel when it comes to this particular genre and their previous two albums have been very well received. For their 2020 third opus, deliciously entitled ‘Realm of Ash & Blood’, Solothus have teamed up with US label 20 Buck Spin who did the only rational thing they could do in such a situation, and that was to release the album on all formats!

For the most part ‘Realm of Ash & Blood’ lives up to the previously mentioned characteristics. It has a grim, bleak sound, a little plodding at times but with some interesting melodies blended into the overall sound. Vocally, Kari Kankaanpää growls with the best of them and has been produced to a level where it feels like he is growling from within a dank cave. Solothus play with a great deal of technicality and some of the leads and solos are intricate and expansive. ‘The Gallows Promise’ for me stands out as it creates a more crushing sound whilst slowing the pace down further still, and introducing an atmosphere of true menace.

‘Realm of Ash & Blood’ is a decent album and very listenable, yet it fails to get out of first gear for the most part. It’s a release that relies solely on the cavernous atmosphere it creates, and whilst the musicianship is beyond question, there does seem to be a little lack of creativity in terms of the song writing in that the samey nature of each track can turn listening to Solothus into a bit of a slog. I’m all for dark and brooding, and the band truly do create that aura, but there is a key ingredient missing from ‘Realm of Ash & Blood’ that for all the technical proficiency of the band, leaves me feeling disappointed. (Luke Hayhurst)