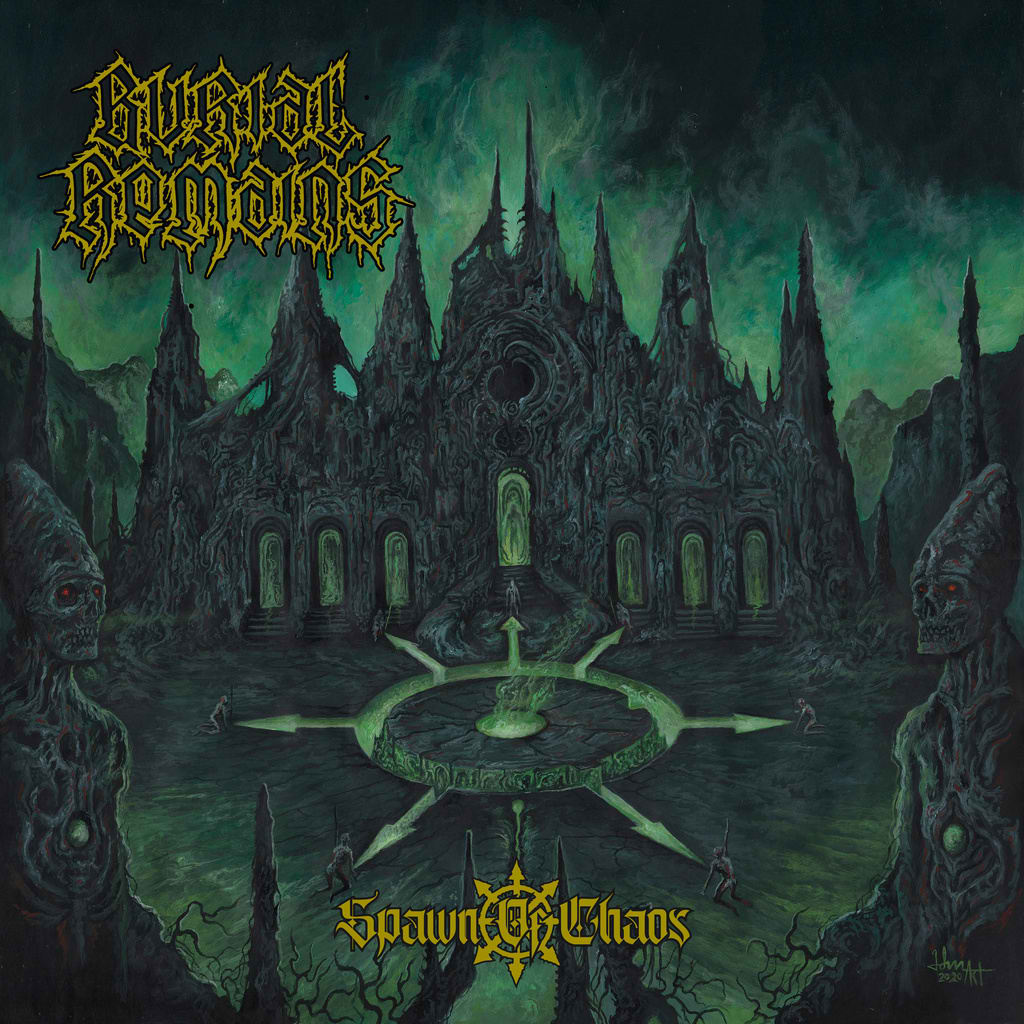 What in the actual fuck is it with Raw Skull Rekordz and Old School Death Metal? Did the label owner suck on the teats of the Older Gods as he progressed through his childhood? As a teenager did he have to fight off armies of the undead during his lunch hour whilst being employed as a trainee grave digger? As an adult does he have the finest collection of ancient cranium’s the world has ever seen! Has he, as often is rumoured, actually married an HM-2 pedal? Is he even fucking real and living somewhere in the Netherlands cultivating vast armies of bands to conquer the world with??

Well, Yes, yes, yes, not sure, and a possible yes but I may have to fact check that.. Regardless, here is yet another example of the finest shit that he has managed to dig up for our listening pleasure! Yep, Burial Remains join the huge list of bands that have the word Burial in their name, and on their second full length “Spawn of Chaos”, they may well be making some sort of an homage to that dude from Raw Skull, as he (and them) encapsulate the whole meaning of what OSDM is all about.

Nine tracks of sheerly ridiculously great Swe-Death inspired madness on offer here, (okay “Tortured Souls” is a Slaughter cover but tell me they don’t do that justice and I’ll shit on your front doorstep) that keep the dream alive for all of us that don’t need a new thing, don’t fucking care if it upsets you, and stay true to the dream that one day ALL of you will finally wake up to yourselves and realise there are only three certanties in life. Death, taxes, and proper fucking OSDM!

(I have hired a lawyer, my allegations about the label owner marrying an HM-2 pedal where wrong, it seems he married a whole set of pedals, and I for one salute his choice.)

Burial Remains join a long list of excellence this year, it remains (see what I did there?) to be seen how well they will go up against some of the titans, so all I can say is long live DEATH METAL! You are well in the right hands here! (The Great Mackintosh)