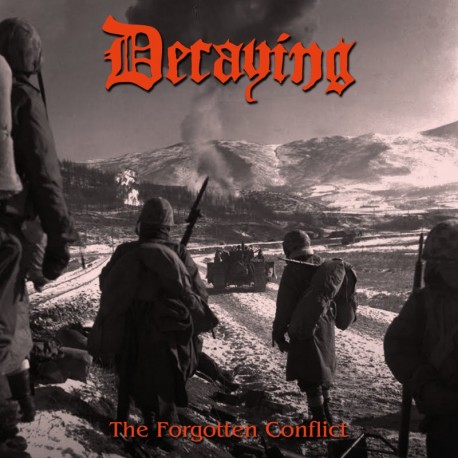 Decaying from Finland isn’t a stranger within VM-Underground headquarters as their releases are reviewed in the previous issues. After the 3 full-lengths and an EP, underground label Till you Fukkin Bleed released this EP on the beautiful cassette format. Raw Skull Rekordz picked it up and released it as CD with 2 additional live tracks. As it clocks over 1 hour it is not done to speak about an EP in my humble opinion. The style is still the same; Old School Death Metal with Hail of Bullets, Bolt Thrower and Asphyx influences and World War themes. The studio tracks are re-recorded versions of demo tracks (the first demo “New Order” released in 2010) and the debut full-length “Encirclement” (released by Hellthrasher Productions). The live tracks are of good quality as everything is audible. You’re enjoying an album or 2 by Hail of Bullets, Asphyx and Bolt Thrower? You will enjoy Decaying! (Ricardo)