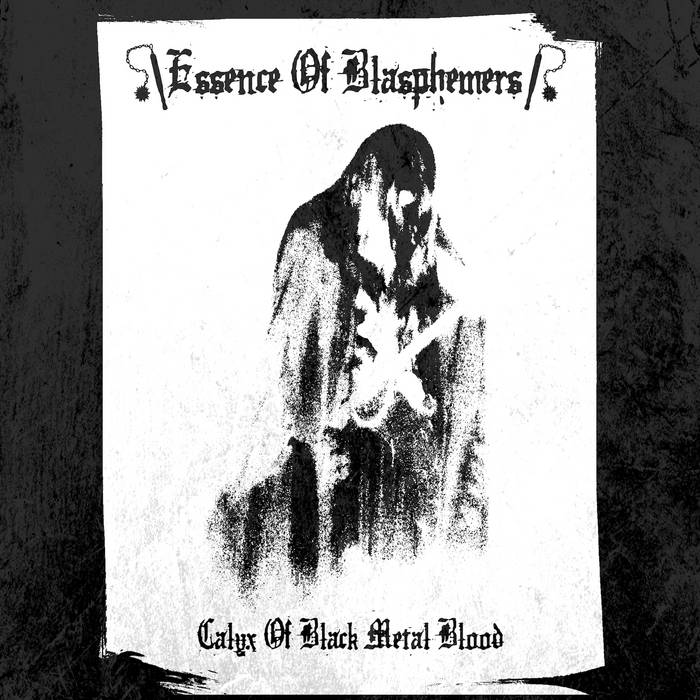 One way or another, at one point, the paths of Tsorn from Germany and Malduchryst from Ecuador have crossed. With Essence of Blasphemers it is not the first time the two work together as both were in Nihilisticon and Cinereous Rain as well, and they have quite a list with other acts on their own to complete their track record within the Black Metal scene.

On “Calyx of Black Metal Blood” this duo present pure and cold Black Metal with a bleak yet not lo-fi sound which could be from a demo in the 1994-1997 era. Or as mentioned, “days when Drakkar and Full Moon ruled the underground…”.

Grim and hateful Black Metal, hostile towards any modern musical inspiration or image. That combined with Purity through Fire and Worship Tapes as labels who released this on CD and cassette, should be enough to convince you. (Ricardo)