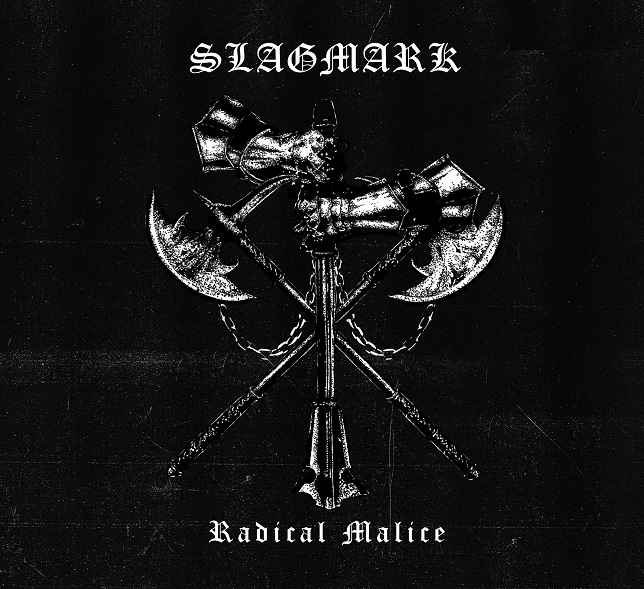 On to my second Slagmark review and this time it’s the demo release after the album, released through the same two labels but this time entitled ‘Radical Malice’. And really Slagmark pick up just where they left off with ‘Purging Sacred Soils’. Opening track ‘Behold the Raging Darkness’ lacks none of the intensity and belligerence of the previous album as the same Arctic guitar leads surge forward in step with pummelling drumming and more raging vocal haranguing from vocalist Revenant. If you are looking for a progressive band who play with their sound and tweak their style between releases then you are out of luck. Slagmark play traditional Black Metal of a Scandinavian persuasion and they excel at what they do. It’s ferocious, unwavering brutality is refreshing for it’s honesty, its purity through violence and vitriol! ‘Radical Malice’, put simply is a four track demo of punishing Black Metal fury, hateful, filled to the brim with spite and played with every ounce of hostility the band possess. It’s very one dimensional to be sure but never lacks for energy or determination and is therefore well worth experiencing. (Luke Hayhurst)