Nefarious Dusk – The Wanderer of the Cold North 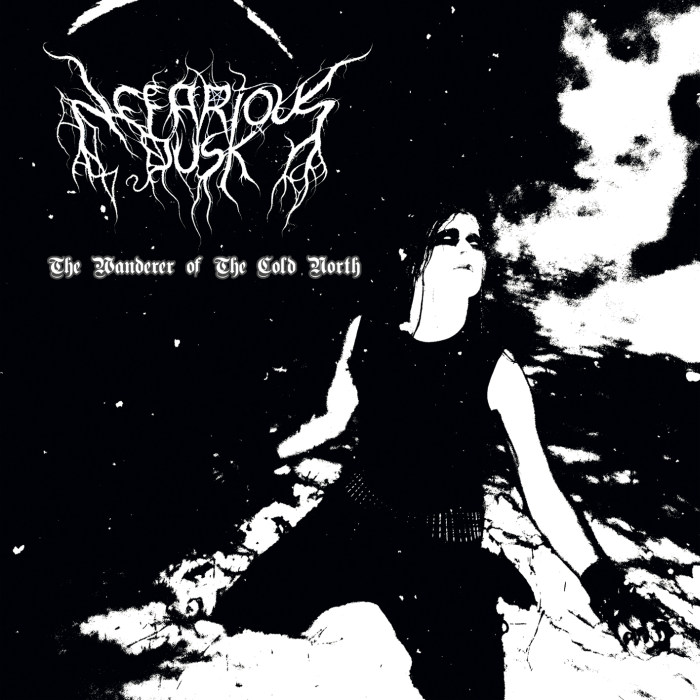 Cumbria, a large county in the most north western tip of England, is a beautiful place. Famous the world over, The Lake District is a place of staggering scenery, dazzlingly scenic at certain times of the year yet painfully claustrophobic and desolate at others. From within the heart of this land nearly a decade ago rose Nefarious Dusk, then a one man imagining emulating Black Metal masterpieces, now a triumvirate making their own masterpieces. “The Wanderer of the Cold North” has been eight years in the making and is a simply breathtaking debut album.

“The Wanderer of the Cold North” is an album whose lyrical content is solely dedicated to Cumbria, especially the many peaks of the Lake District. Musically though the bands brand of Black Metal soars higher than any peak, is more relentless than the driving snows and freezing winds of winter. The music on offer matches the themes superbly and born from this titanic combination is a saga, an epic creation of monolithic proportions. Whilst all aspects of the band play their part, Nefarious Dusk’s sound is extremely melodic whilst at the same time never letting the old school brutal Black Metal ethos slip. That melody is purely down to the guitar work which has a resolute, focussed direction that mesmerizes and ensnares the listener. It is a cold harmony, a deeply atmospheric sound, desolate and frostbitten. Indeed in some places such as “Helvellyn Part I” the melody transcends into the purely hypnotic. “The Wanderer of the Cold North” is an album that takes you on a journey, a journey through Cumbria, through the winter wilderness. A powerful album, it only gets better with each listen. (Heathen of the Horde)