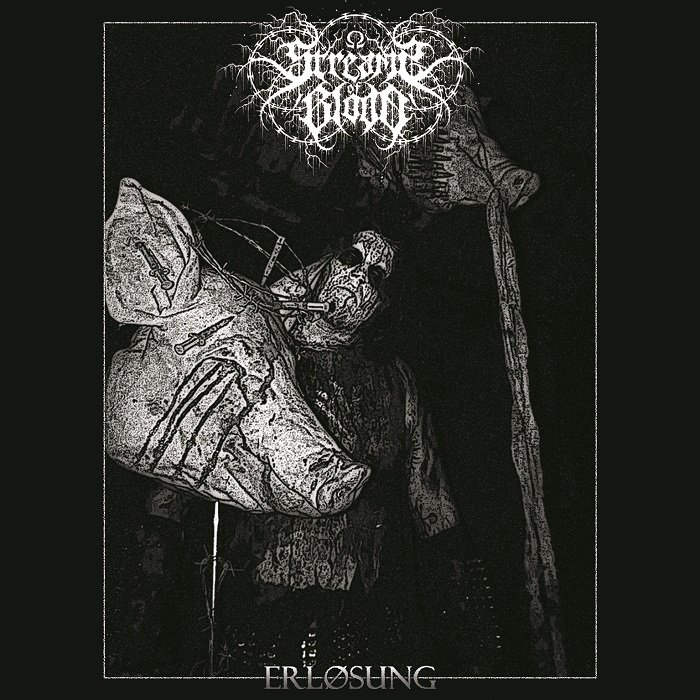 Bavarian Black Metal band Streams of Blood have been releasing consistently impressive material for well over a decade and have build a strong reputation for themselves as talented underground band. Back in 2020 they unleashed their fourth studio album entitled ‘Erløsung’ which was put out on both CD and cassette by both The Hidden Art and Worship Tapes. As I’ve come to expect over the years, Streams of Blood are a no nonsense kind of band and they hit straight into the blistering aggression of ‘Freitodmaschine’ without any preamble. Furious blast beat driven aggression is most certainly the order of the day, though SoB do drop into some very catchy periods of melodic Black Metal savagery quite often. However, there is an almost mechanical robotic structure to this albums brand of brutality, very layered but also extremely regimented through the rigidly tight drumming structures and steel like guitar leads that permeate the entire release.

Streams of Blood are one of those bands that are a grim delight to write about, due to the impressive and intensive sound they produce but also the engaging and thought provoking song writing style they employ. As a standard rule the band are fast, boisterous and hyper-aggressive and ‘Erløsung’ is no exception. Usually i find a band comes alive through their guitar play and whilst SoB’s axe wielding is both grandiose and barbaric at the same time, I do find myself drawn of the drumming display on this album which has an unflappable tendency to be both punishingly ruthless in attack but also acts as as the commander in chief, moving each piece to where it needs to be to maximise the bands insane amount of talent and creativity.

‘Erløsung’ is a superb album, expertly performed and written to perfection. Flowing, catchy riffs, dynamic bass play, demonic vocal work and blistering drumming all combine in a flurry of hatred fuelled carnage designed solely for the purposes of nihilistic and negative emotional responses, whilst at the same time being entertaining as fuck! (Marksson)