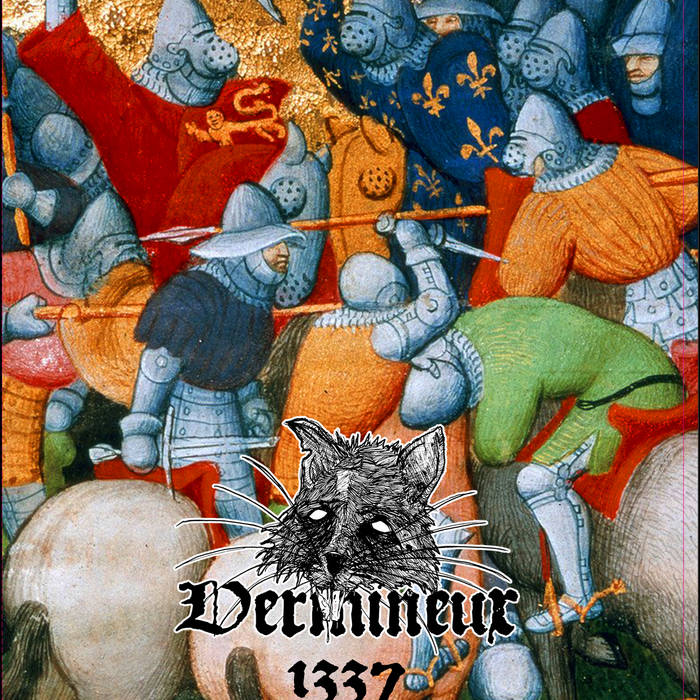 Following on from the ‘1315’ demo, US Black Metal/Dark Ambient one man project Vermineux returned last year with a new demo entitled ‘1337’ which is based around the first phase of the Hundred Years’ War, culminating in the Battle of Crécy, and acts as part one of the Guerre de Cent Ans chronicle. Like the last demo, this is also a lengthy beast and opens with soothing dark ambient tones before moving off into the slow building ‘Bloodlines’ which once crescendo is reached unloads into a solid heaving mass of lo-fi, ultra-furious Black Metal savagery. Scorching vocals meld with raw sounding guitar leads to create a fraught, agonising sound that still have room for catchier rhythms and slower melodies hidden inside the gloom. As on the previous demo there are myriad technical flourishes swirling like a maelstrom around the murkiness, and I’d say that this demo has moved further into that lo-fi sound and actually really benefits from it. I also found a chanting backing vocal style reaching out through the noise that really added depth to the atmospheric nature of this release. ‘1337’ definitely feels like a regression in the production values department but this is by design, and the punishing nature of the music and lyrical content make me eager for more. (Marksson)