Helvellyn – The Lore of the Cloaked Assembly 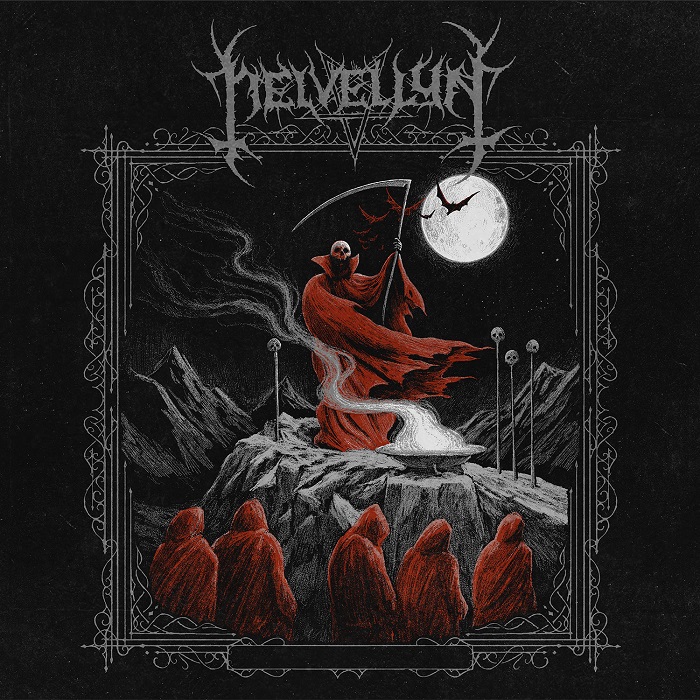 UK Black Metal band Helvellyn have returned for the first time in four years and with a debut album to boot. Released on LP and CD Digipack through Purity Through Fire, as well as on cassette by Worship tapes, Helvellyn have entitled their debut opus ‘The Lore of the Cloaked Assembly’. Interestingly the opening/title track starts with something that sounds like the love child of a Satanic ritual and a New Zealand Haka, before moving swiftly into some Scandinavian worshipping Arctic Black Metal. Mid paced gruelling guitar leads are the order of the day, teamed with snarled, demonic sounding vocal work, a symbol heavy drumming style and a powerful bass line that all combine to create a fairly standard, yet no less enjoyable darkened frost covered atmosphere.

As the album progresses the tempo gets notched up and the Helvellyn sound takes on a more intensive, furious tone. Tracks such as ‘Sacrilegious Violations’ increase the amount of malice and spite pumped out whilst the songs counterpart, ‘Sacrilegious Violations Part 2’ takes things even further as the band enter full on anti-religious maniacal mode with belligerent full force drumming charging head first into the battle against the forces of faith. Not only that, the vocal work especially becomes far more fractious, more volatile and the odd scream and shriek of rage rings out like a bolt of lightning piercing the gloom.

Sporting a mixed pace approach and with a bleaker, more oppressive tone, both ‘Reign Upon Ruby Skies of Noose’ and ‘Never Ending Moonlit Spires’ are stand out tracks and demonstrates a distinct increase in thinking when it comes to the bands songcraft, with the latter in particular boasting a blast-beat driven barrage of intensive aggression.

Helvellyn certainly aren’t trying to re-invent the wheel with ‘The Lore of the Cloaked Assembly’, but as a straight up Black Metal album its more than listenable. Whilst there is nothing new on offer here, the band have written a decent album and perform it well, and ‘The Lore of the Cloaked Assembly’ essentially does exactly what it says on the tin! A good old fashioned Black Metal album created in a modern age.