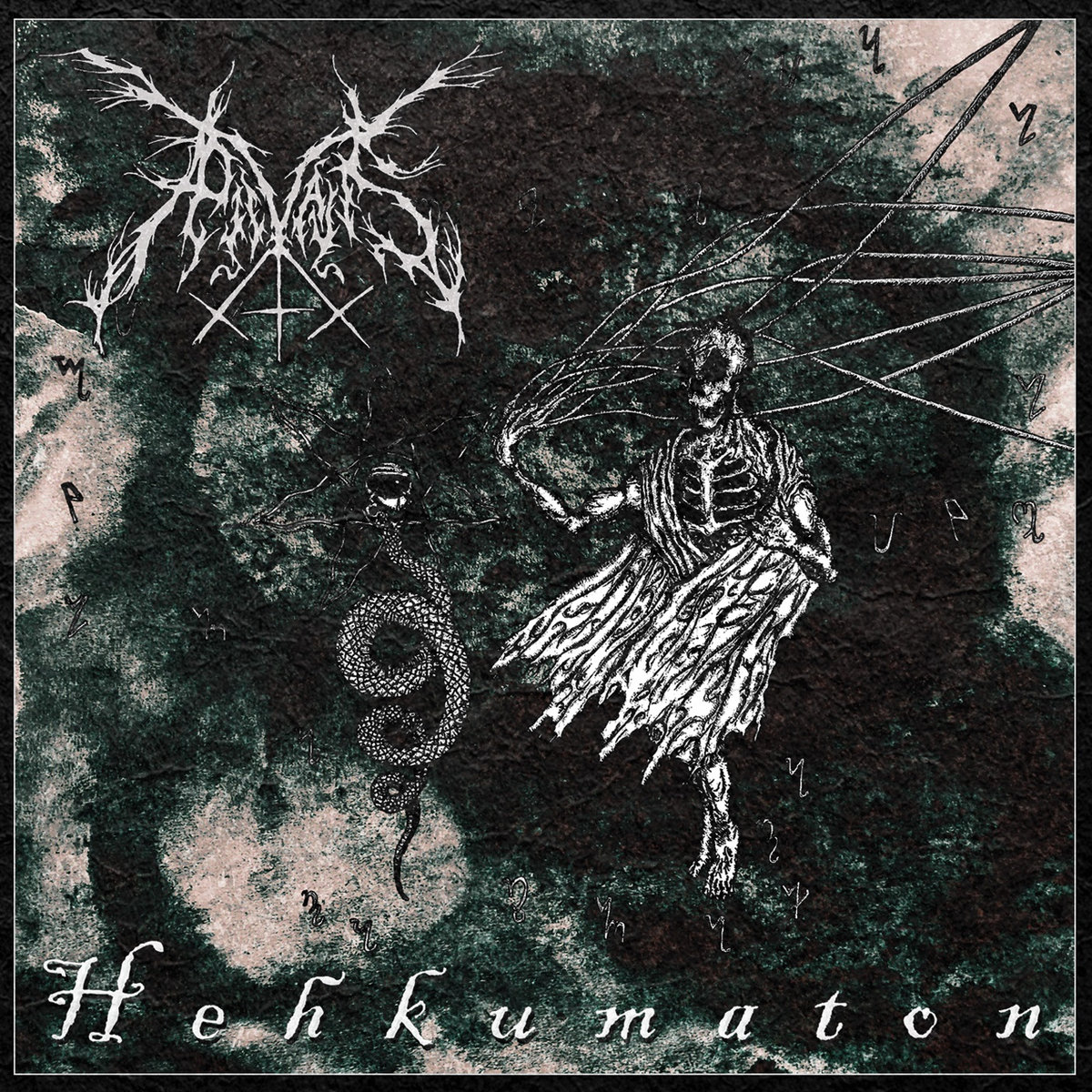 Riivaus is the solo project of Hoath Daemnator, who under a few different pseudonyms is also active in a number of other bands of which Sacrificium Carmen is probably the best known. The band in question that is reviewed here was formed in 2012 and a demo was swiftly released, but the first album ‘Lyöden Taudein Ja Kirouksin’ wasn’t released until 2017. Probably logical with so many other band involvements, the follow-up also took roughly the same amount of time and comes under the banner of ‘Hehkumaton’.

When comparing both the Wolfspell Records released debut and the follow-up on Purity Through Fire, it’s clear that not a whole lot has changed in their Black Metal formula, although the guitar sound and overall production is less raw than on the debut album. Based on the sound on both of the albums it’s clear that Riivaus is a band from Finland. In this case that means we are served a combination of harsh guitars and shrieks with rocking tempos that alternate furious outbursts and melancholic melodic leads placed abundantly throughout the songs. The largest chunk of the music still lies where the crossroads between Horna, Behexen and Sargeist meet. Both Riivaus’ rocking and grooving sections as well as the melodies tend to edge more strongly towards Heavy Metal territories, but that doesn’t detract from anything whatsoever. And neither are the heavier sections, which provide the album with a decent amount of dynamics. And I like a track such as ‘Häpäisijä Ja Itseviha’ quite a bit. It’s just that most of the music is a little bit standard compared to its peers. And the same applies to the vocals. While Hoath Daemnator’s shrieks come fairly high-pitched and have a deranged touch to them, they just tend to get a tad monotonous over time.

Without meaning any disrespect or disregarding the thought and effort put in the album, it just falls a bit flat compared to the sonic violence coming from Finland. It’s decent typical Finnish Black Metal and enjoyable to listen to, but probably only food for the insatiable die-hard followers of the scene.