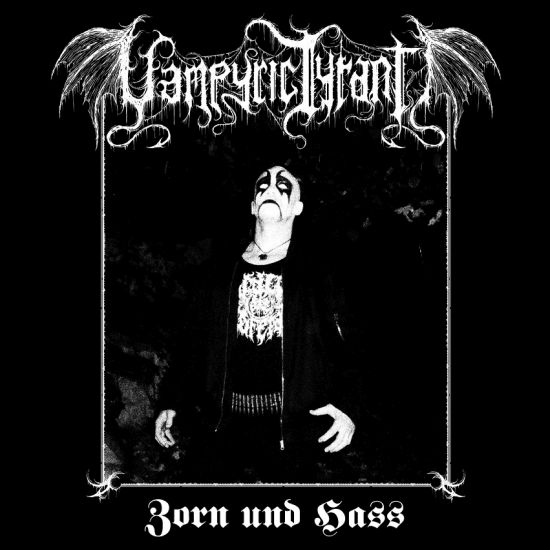 Only a few months after the German Black Metal band’s debut album, released earlier in 2022, Vampyric Tyrant returns with a new EP, ‘Zorn Und Hass’. This new EP was released by Purity Through Fire on CD and will see a 12” vinyl issue later in 2023 (as well as a 12” vinyl edition of the band’s first EP ‘Das Schwert der Sterne’).

Musically the path of ‘Schwarze Schwingen’ is contined on this 4-track EP, the overall sound is a little rawer and tends to lean to a more back to basics sort of Black Metal. The melodies presented on these songs are also a little more simple in nature and even feel a tad awkward at times. The rather standard Black Metal rasp of Graf Nekromant (ex-Grabunhold) is now also interspersed with some kind of shouted vocals, not entirely unlike what we also hear from a band like Imha Tarikat.

‘Zorn Und Hass’ is another decent Black Metal recording that will appeal to fans of Raw Black Metal who are not offended if they are not really challenged with all too many creative twists or intricate song writing.