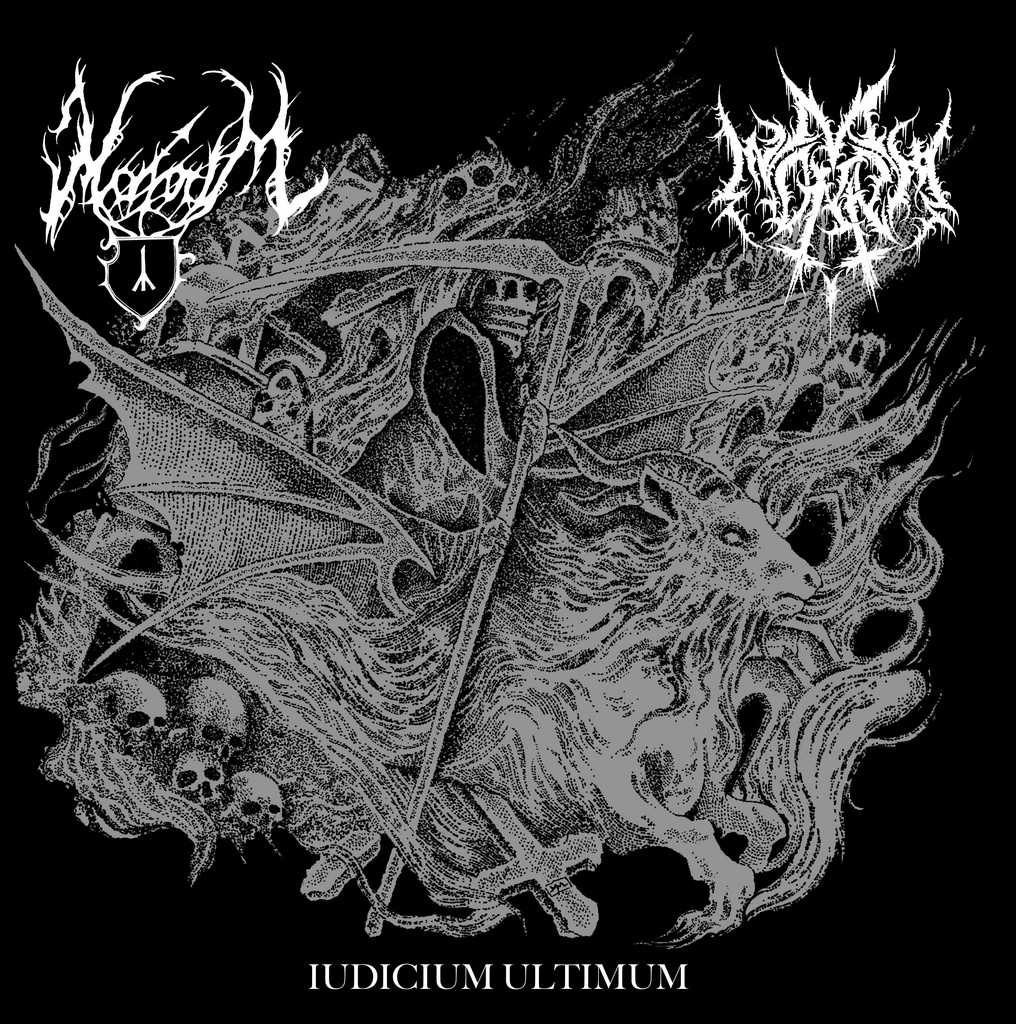 Mavorim and Ad Mortem, Germany, Black Metal. Split that turned out to be an excellent dose of melodic Black Metal, with that Folk aftertaste that the Germans know how to add to their heavy sounds… or to their Black Metal!

We are received with an Intro, on the part of Mavorim, who as if indicates the way forward. Henceforth, the walk will take place like this, with the power of a Panzer (any analogy to the III Reich is totally devoid of “affection” or affiliation, but let’s face it, the Panzer …). The whole musical structure of these Mavorim is very pleasant. The use of the mother tongue intensifies this aforementioned and, in addition to the aforementioned Folk details, create a hybrid of unusual strength and delicacy. There is more accelerated Black Metal, with a step more in the 90s – Satyricon, perhaps – but there is essentially Black Metal so German, so attached to ancestral musicalities, that unfortunately fall into the hands of “unnecessary” individuals. “All meine Seelen”, curiously, brings me to certain moments, for “Arcane Lifeforce Mysteria” (strangely, I know). Details of the former, which I find in the latter. Nevermind. I only learned about Mr. P.’s work this year, and this Split confirms what “Axis Mundi” had already shown me: quality, personality, identity.

We went from Allgäu, Bavaria, to Zschorlau, Saxony, against Ad Mortem, a quartet formed in 2017 by TF and BS, to which, in 2018, DE and Henker joined. The latter is, by way of curiosity, a live bass player for the immense Gehenna. Cool, right ?! Like their Split partners, these Germans live in the sphere of melodic Black Metal, perhaps with less Folk peculiarities, however, a beautiful expression of the genre. With a sharp and precise attack, like Messerschmitt Bf 109, these Ad Mortem start the attack with a theme of about 8 minutes, delicate and peaceful intro… until the attack begins! The German “school” of Black Metal is quite identifiable at times: melodic discharges with Folk notes. Taste. It’s Black Metal rooted in the musical lines of a nation (again… ZERO praise to the III Reich)! Use of the German language, as its partners; melody soaked in aggressiveness and could musical. There are traces of the 90s, melody and presence that is felt, there is a care in the construction of the themes and there is “Schwarzes Blut (Exitium I)”.

Is it good? It is quite good! (DanielP)