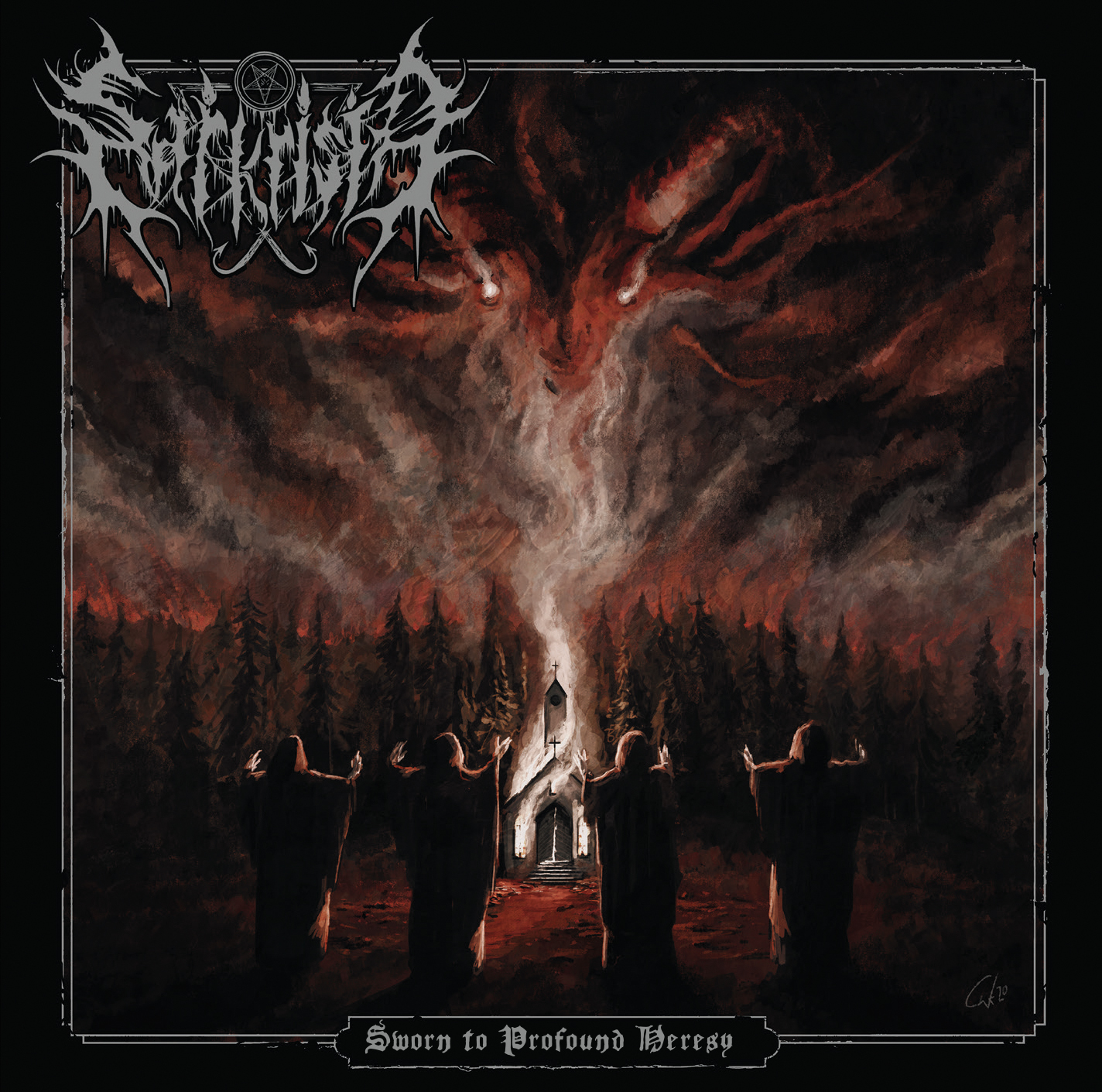 Am I the only one who gets that tingle of excitement on hearing a new album when you’ve fallen for the album art and then a slow, ominous and suspenseful orchestral introduction track kicks in? It’s at that point that you know something  epic is about to go down, and as the choirs chants intensify the anticipation builds and then… Welcome to my review for the brand new Sarkrista album. ‘Sworn to Profound Heresy’ is the bands third full length offering, released in 2021 through Purity Through Fire and then Worship Tapes.

And so on to the and then. In this case the and then features a further eight tracks of extremely high quality German Black Metal that more than lives up to the hype of its introduction. Sarkrista offer up myriad sweeping guitar leads and rhythms, from the fast paced surges of ‘Lair of the Cursed Remains’ that combine effortlessly with a drumming style that is ever so slightly muffled and extremely energetic and powerful, as well as a the constant thrumming of dominant bass play, to slower passages in tracks such as ‘Ablazing Ritual Torches’ in which the band rather than going for a more sinister sound, simply let the heaviness of their sound drop and the more melodic side of their play take a front seat.

Sarkrista vocalist Revenant offers up a consistently raspy growled style throughout the album, occasionally breaking out into more anguished shouts and screams when the situation calls for it. And the clearness of the vocals really come into play for the catchy choruses of tracks such  as ‘The Chosen Ones of Satan’, one of the songs that wears it’s blasphemous colours loudly and proudly.

‘Sworn to Profound Heresy’ is an extremely strong album, similar in style to Satanic Warmaster and there is a definite Finnish vibe throughout the album. Sarkrista have clearly spent the enforced lockdown period fine tuning their sound and taking their time over writing each track, and the end result speaks for itself. A driven, forceful opus packed with Occult leanings and overtly Satanic lyrics and imagery. (Luke Hayhurst)