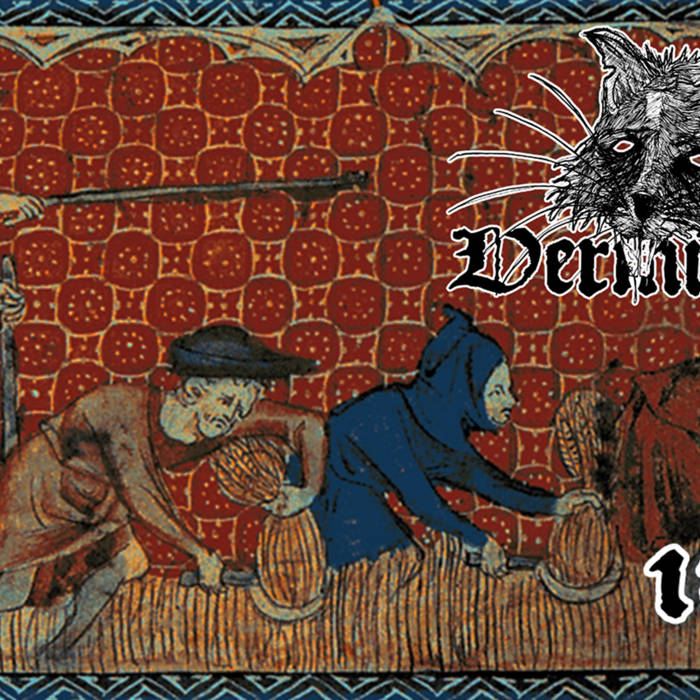 Sacramento based Spectre and his one man Black Metal/Dark Ambient project Vermineux has a deep rooted interest in Medieval Europe. This debut demo focuses on the Great Famine of 1315 to 1317 which caused untold misery in both England and France. A whimsical folk style intro that grows to include accordion sounds leads into the stormy sombre tones of ‘Rain’ that then expands into furious frost gripped guitar leads drenched in reverb, snarled vocals and slightly muffled drum tones, due to slightly murky but deeply effective production and mastering. ‘Rain’ is aptly titled as this ten minute epic feels like a deluge, with drawn out desperate guitar tones very similar to the opening of Slayer’s ‘Reign in Blood’ casting a harrowing atmosphere on proceedings. I’m not sure what it is about this demo and reminding me of Thrash classics but ‘Blight’ starts out sounding like Metallica’s ‘Welcome Home (Sanatarium)’ before drifting off into some slow paced brooding early Burzum worship, combined very pleasingly with a little early Anathema for good measure, before shedding these influences and moving full force into more lo-fi Black Metal played at a blistering pace and with some excellent tremolo picking thrown in. Some tracks such as ‘Vermine’ are demonstrations in furious riffing and savage guitar solos, whilst others such as the instrumental ‘Oubliette’ focus solely on menacing, bleak atmosphere. then there are tracks such as ‘Paysan’ which have a more introspective feel, slower of pace, focussing on the more technical aspects and letting each individual instrument have its moment. In all a superb albums length demo that really grows on you with repeated listens. (Marksson)