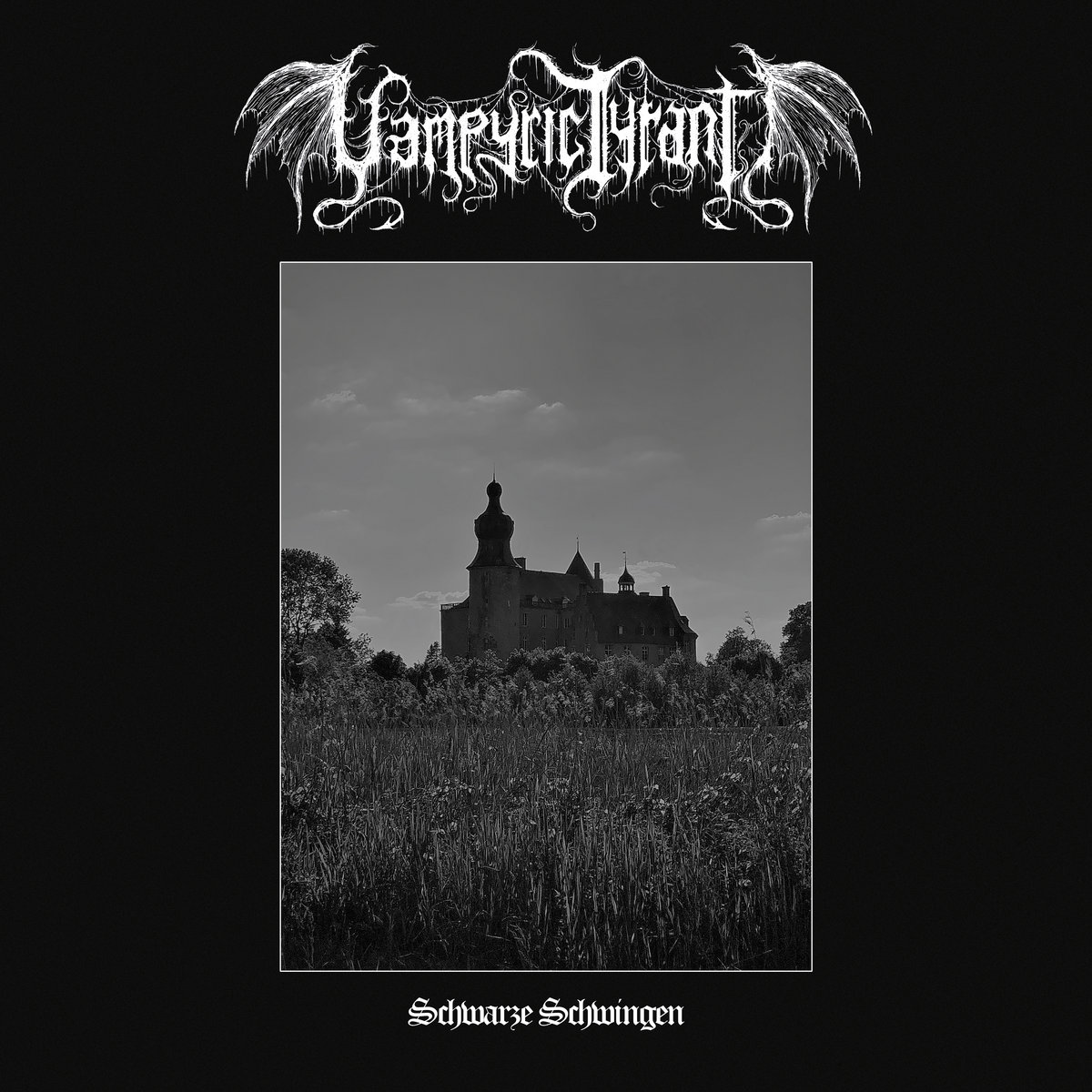 After the 2021 released ‘Das Schwert der Sterne’ EP, the German Black Metal band Vampyric Tyrant returns, this time with their debut album (or a lengthy EP, depending on what source you read), ‘Schwarze Schwingen’. Its title translates to ‘Black Wings’ in English and again marks their omnipresent vampiric spirit.

Although the band name suggests they are heavily Satanic Warmaster-inspired, that is not quite the case. The musical content does fall under the ‘Raw Black Metal’ banner, but it is by no means a copy of the Finnish heavyweight in the genre. This German band, who have recently evolved into a trio, does draw on the same sources of inspiration: a strong raw sound that contains a deeply rooted melodic underlay and is expertly finished off with standard Black Metal raspy vocals. To give the whole thing a bit more of an underground spirit, the occasional nicely composed track is added, somewhere between old-school Dark Ambient and Dungeon Synth. Those tracks do break slightly from the vibe of the album, but do add to the album’s sinister atmosphere.

It may not all be earth-shattering, but it is well crafted and executed, and with that, Vampyric Tyrant brings to the fore a good and solid Raw Black Metal album. Besides, with a band name, album title, logo and cover like that, you hardly need a review, fans know what to expect.