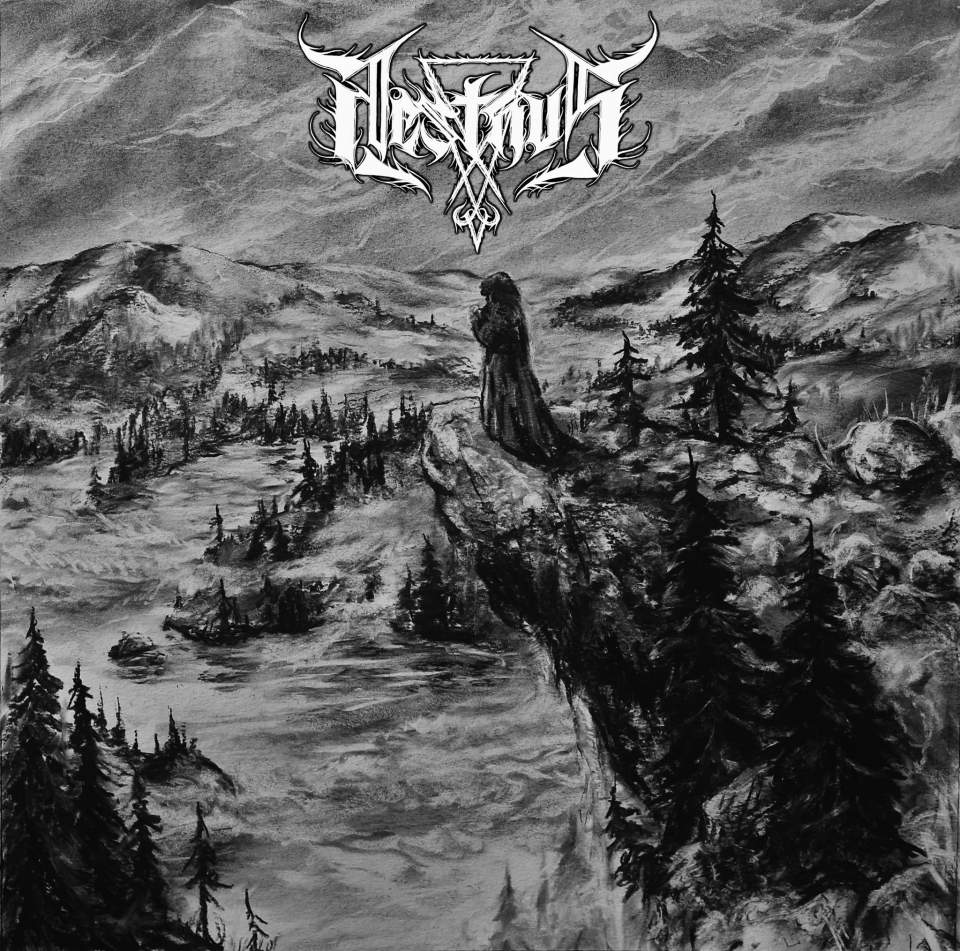 With “Hänen temppelinsä varjoissa” we see the debut full length from Finnish Black Metalers Aesthus, and this gem wastes no time in giving us a look at what is to come from this up and coming band. The opening track “Hänen temppelinsä varjoissa” starts of with a very well performed melodic mix of guitars over a mid tempo drum line. However, at around the 11 second mark, a visceral scream from Adversa gives way to a pummeling blast beat thus setting the grim tone for this record.

J.A.’s drum work lays a powerful foundation for this release. I found the drum lines to be both well written and very well performed. While showcasing some pounding blasts beats and well executed tempo changes, you will find all the aggression you would expect as well as enough variety to keep you wanting more. The guitars and bass of Morbus, Veles and Nachash all blend together very well to produce both cold riffs and tones as well as harmonized melodies. Tracks such as “Kuolonpolku” are excellent examples of the variety and talents Aesthus display. From low tempo melodies to searing blasts and tremolo runs and shades of Thrash influence, this album will not disappoint the most hardened of Black Metal fans.

As I sit here and spin this album for the third time, I find that it is the vocals of Adversa that elevate this already impressive debut to another level. The raspy bellows of Adversa add a new layer of haunted bliss to the atmosphere of “Hänen temppelinsä varjoissa”. If you find yourself drawn to the vocal styles of such greats as Jon Nödtveidt, then you will find the performance from Adversa to be a welcomed piece to this release. The raspy and harsh delivery more than completes the feel and direction Aesthus wanted to give us on this remarkable debut. I have really enjoyed running through this album and I predict to give this several more spins before I move on. For those out there that have not heard of Aesthus yet, please do yourselves a favor and give this one a listen.

I look forward to what the future holds for Aesthus as this release was an enjoyably introduction to this band. (Azag Galla)