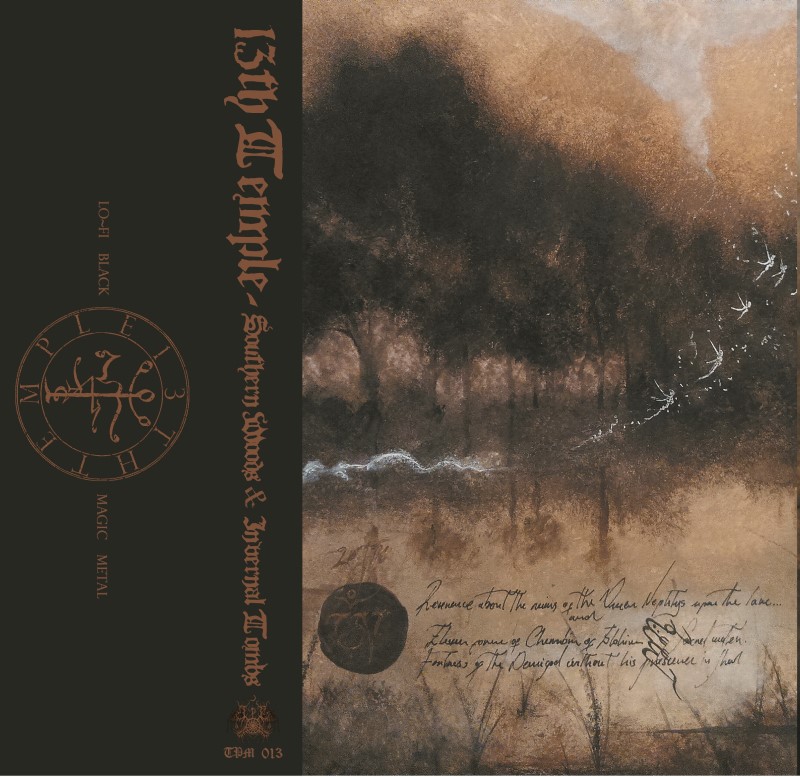 This “Southern Woods & Invernal Tombs” contains 9 tracks, almost 48 minutes of ritualistic, solemn and very dark Black/Doom Metal, whereas the more recent releases venture more into the realm of brutal Black/Death Metal. The opening track is an ambient piece of music, filled the sound of a summer storm and acoustic guitar, followed by “Summoning the Eternal Winter”: a raw piercing guitar sound that cuts right to the bone and coarse prophetic vocals that scream out in agony and pain, immediately set the uncanny mood. Drums and bass slowly accompany this unearthly procession of death and decay.

It’s Doom alright, but very unsettling, pushed  into the realm of (Depressive ) Black Metal at the same time. The putrid ambience, the pitch black atmosphere on this album is simply amazing – it reeks of forgotten tombs, burials and arcane death cults, deep hidden in the forests and it simply clings on to you. Each song contains also the required variation: from acoustic interlude to bone chilling choirs, faster parts – it’s all there. “Southern Woods & Invernal Tombs” is a scorcher of an album.  It’s not only highly original but manages to display an incredible gloomy dimension to the genre.

Those into depressive Black/Doom Metal, genre old Katatonia, with all the trimmings for a good nightmare really must check out this debut album. (LCF)