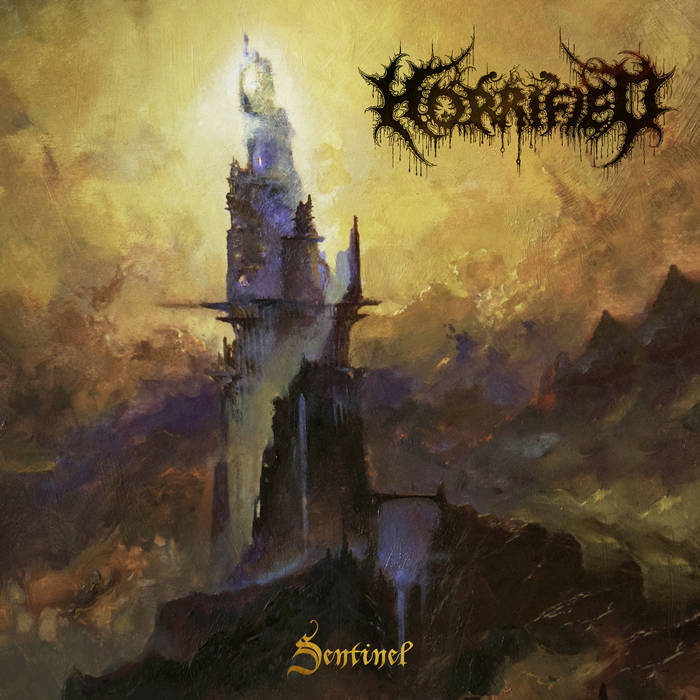 Horrified from the UK describe their style as Epic Death Metal. I have to mention in advance there is one big criteria which you have to consider when you listen to Horrified, the hoarse vocals. You tolerate them or you hate them…there were a lot of criticism about them in the past. I will leave it at that.

Horrified describes “Sentinel” as an EP but with its duration of 31 minutes it´s longer than a lot of full-length albums on the 80s, just look at Van Halen. As I mentioned before Horrified call their style Epic Death Metal, but in my opinion it’s a Melodic Progressive Death Metal and Sentinel” is more progressive than its predecessors.

One thing you can hear on this EP a lot are acoustic guitars. Could there be a little bit less? Yes, the times when a song needs to have an acoustic intro and an outro are over, especially when the songs are well composed and perfect arranged and the twin lead guitars play tightly melodies that drive through the songs. The guitar playing often reminds me of the band Auberon. The through the whole EP audible bass guitar even gets a solo sometimes of which the song “forgotten thrones” gives a good example.

Overall, I can recommend this album to all fans of early In Flames, Death and Horrendous. (HaCeBo)