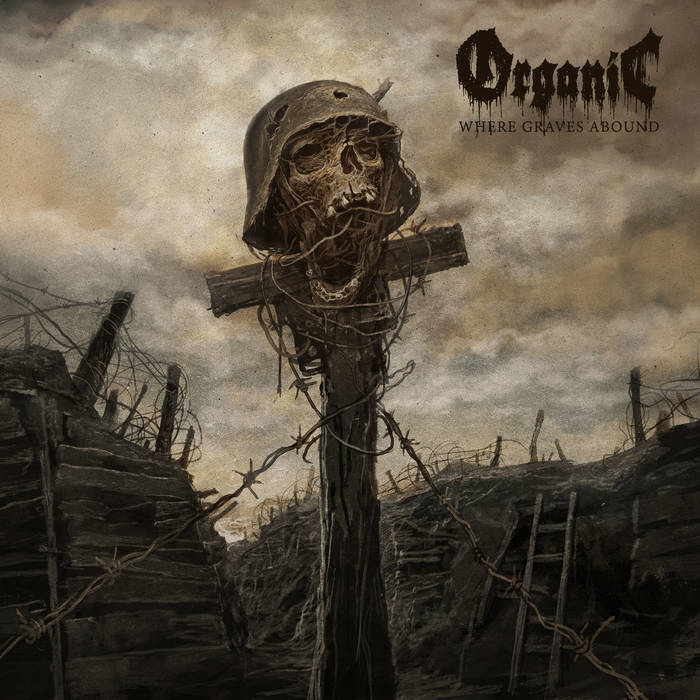 When the gunpowder fumes fade and the battalions left the front line after the impact of Organic’s “Carved in Flesh”, the special forces from Italy are here again with their latest act of war; “Where Graves Abound”.

Like with their predecessor, this new one is filled with Old School Death Metal, the Swedish way, and beholds the roaring and grooving riffs along with  howling leads and pounding drums. Is it a total Swedish Worship album? Not a total one, as there are some ingredients stolen from Vallenfyre’s and Hail of Bullet’s kitchens as well. “Where Graves Abound” is definitely an album that is effective as an Howitzer.

Of course it won’t score high on the originality scale, but hey…during war they don’t think “aaaaww, must we use the tanks again? Don’t we have something new? I’ve already sit in one last week” as well. (Ricardo)