Tribulation – The Children of the Night 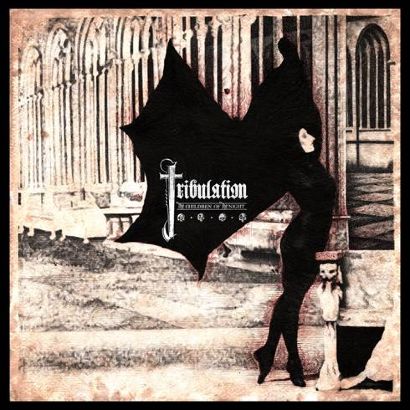 First there was “The Horror” which was the debut full-length of Tribulation back in 2009. It is an absolute Old School Swedish Death Metal juggernaut, for some a nowadays classick even. It’s not that we haven’t heard it before, it the subtle nods towards other scenes and bands (Possessed, Kreator to name a few) gave “The Horror” a nice twist which results in a little Tribulation mania. The second album became more progressive without losing the dark atmosphere. I was quite surprised by it and gave it a raving review in the first issue of VM-Underground. Surprised by the progressive and psychedelic path they have taken, surprised…because I didn’t expect to enjoy it as much as I did…and still do. I consider the balance between the progressive approach as well as the extreme metal compositions as an almost flawless one. And again, some will probably say Opeth did it a lot better, but the discography of Opeth have never moved me. Don’t ask me why, as I don’t know it either, maybe because I don’t understand stuff like Pink Floyd either. But bottom line is, “Formulas of Death” is a great album in my opinion. Being a small hype, you know the bigger labels are checkin’ in as well and Tribulation got signed by Century Media. New album, high expectations! Do they keep the rough edge? No, they went further on the progressive / psychedelic 70s Rock path and let most of the darkness go. Johannes Andersson’s raw vocals are the only hint of the extreme history of Tribulation. So, this will be a bash-review? No, not really…as there are still some enjoyable haunting parts (yet, less darkness…something like Poltergeist on a sunny afternoon in the backyard) and compositions. For instance, I can listen to and enjoy a track like “Melancholia” 5 times in a row as it has a great main melody. And almost every track has a good riff, melody or twist (for example the The Cure wink on “The Motherhood of God”, but for me the biggest disadvantage of the progressive / psychedelic style, the compositions are sometimes too stretched. Or I’m waiting for a certain musical outburst, and it just won’t come. But I have to admit it’s still a good album, despite my personal dislike on some points. I’m sure Tribulation will open new doors with “The Children of the Night” and gain more new fans than they will lose old ones, but I do hope they will not get any more progressive than this. (Ricardo)