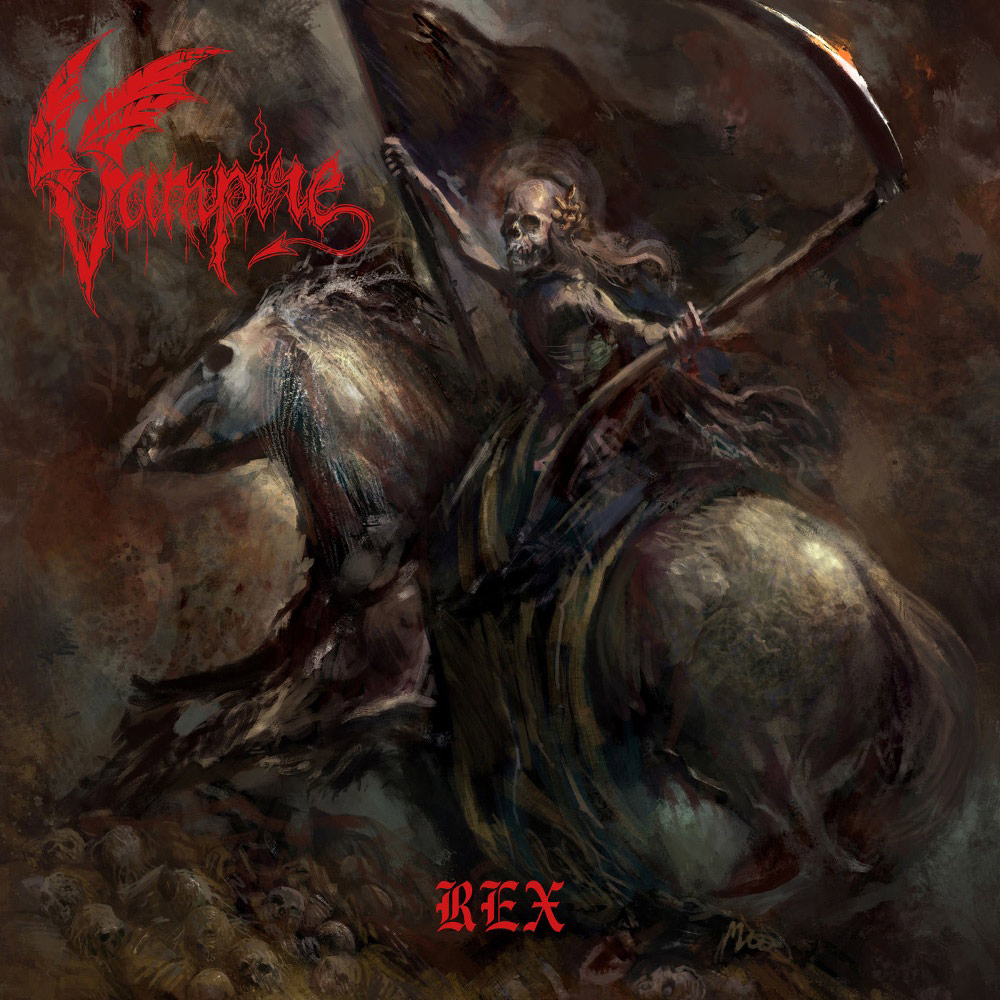 For those of you not familiar with Vampire, they’re a force to be reckoned with.

Their sound historically mixes equal parts Black, Thrash and Death Metal in a way that only the Swedes could. On “Rex” however, they lean a bit more into a Blackened Thrash sound and utilize the Death Metal tinges a little more conservatively than on past releases, but not enough to completely flip their sound on its head. In many ways, it’s like Dissection and Nifelheim became one band and took a journey into a graveyard to party with Deceased and “Scream Bloody Gore” era Death. This blend of sounds is established very quickly, from the very first moments of the title track “Rex,” and it never lets up.

If you like early Death and Deceased in your Blackened Thrash Metal cereal for breakfast in the morning, then “Rex” is sure to satisfy you with its ghoulish graveyard jams. (AndrewA)