Dark Funeral – We Are the Apocalypse 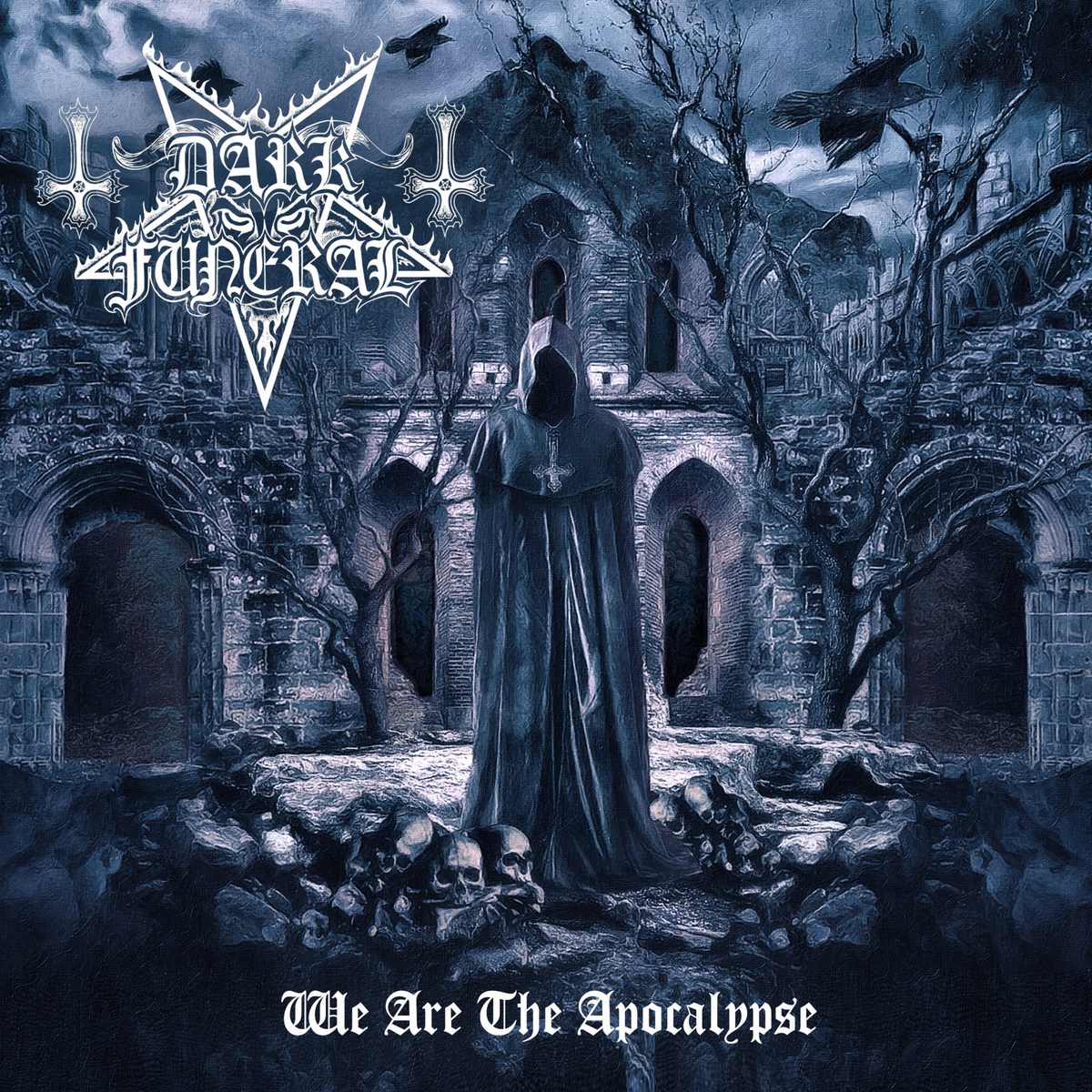 What is the point in introducing Dark Funeral? No, there is none. A band that has drawn as much praise as it received rejection. Rejection because the band isn’t matching the standards of many when it comes to ‘real Black Metal’ and because of their commercial success. Admittedly, the band sports a rather accessible brand of Black Metal and follows rather strict patterns. On the other hand, this trusted recipe is hand-handcrafted by Dark Funeral’s own Lord Ahriman and that the bands’ sales figures go (far) beyond most other bands in the genre isn’t much of an argument either.

Dark Funeral never had a breakneck speed when it comes to releasing new albums and also this time we had to wait six years for ‘We Are The Apocalypse’, which is the follow-up of ‘Where Shadows Forever Reign’. That was the album that was set to be the bands’ grand return to their old form. It even came in a classic blue cover much like the classic ‘The Secrets Of The Black Arts’, done by the very same much praised Kristian ‘Necrolord’ Wåhlin. And in a way, it did. It had much more in common with the bands’ first two albums than it had with its predecessor. But in the end it did not really match the high expectations.

A lot of listeners would just classify the bands’ entire discography as a one-dimensional exercise anyway. And in a way that is not far from the truth. Dark Funeral was never adventurous or pushing the genre’s boundaries in any way. Instead they always stayed true to the trademark Dark Funeral sound: blisteringly fast blast beats, very catchy riffs and a big and crystal clear production. And, if that is your cup of tea, you can rest assured: ‘We Are The Apocalypse’ is no exception and fits just right in this tradition.

‘We Are The Apocalypse’ doesn’t only also have a blue cover (done by Marcelo Vasco this time) it turned out to be a suitable follow-up to its predecessor as well. It has all the familiar ingredients: ferociously blasting drums, easy to digest riffs, raspy vocals and the whole thing lavishly decorated with satanic imagery. Yet, when zooming in on the right level, ‘We Are The Apocalypse’ does sound a little more melodic (listen to ‘Leviathan’ for instance) and dynamic as opposed to the previous albums. A development that was already set in on ‘Where Shadows Forever Reign’. There is a little more diversity in the songs as they slow down every now and then, like on “When I’m Gone”, or when they incorporate spoken words. Taken everything in consideration, this new album sounds like it would just fit right in between ‘Vobiscum Satanas’ (1998) and ‘Diabolus Interium’ (2001) in terms of catchy and sharp song writing and the equally sharp production of Daniel Bergstrand, who already worked with the band on ‘Attera Totus Sanctus’ and ‘Where Shadows Forever Reign’.

Regardless the way you look at it, Dark Funeral proves that not straying away from the tried and tested recipe still works. Even today, just before the bands’ 30th anniversary. That, in itself, is worth a compliment, but the music does the speaking even better as with ‘We Are The Apocalypse’ the band delivers their strongest album in years.