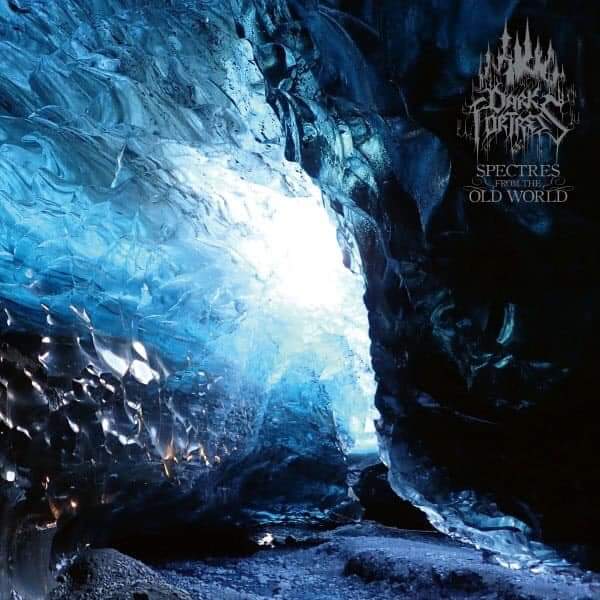 A staple of the black metal scene for almost 25 years, Dark Fortress have returned to continue their long standing relationship with Century Media Records with a 2020 new album entitled “Spectres From The Old World”. Sporting a more melodic and progressive sound than most of their Black Metal counterparts, Dark Fortress generally stands out from the crowd. This being their 8th studio album and their first for six years, can they still maintain a high standard?

Well, from the opening melodies of intro track “Nascence” the high quality that keeps Dark Fortress with Century Media is still apparent. One moment spewing forth crushing Black Metal fury through rasping vocal work from Morean, and a blistering barrage of pummeling stick work and intense riffs. In the blink of an eye Dark Fortress can switch from the barbaric to the technical wizardry with more ambient moments never too far away. At other times a punkier, more catchy bass line/drumming display such as during “The Spider in the Web” will combine effortlessly with unearthly darkened synth and the whole album dynamic flips on its axis before meandering dreamily into a guitar lead solo that winds its way miasmically through a softer interlude before breaking through on the other side with furious growled vocals on top of a flurry of rampant guitar work, deep punishing bass play and a masterpiece of drumming. It’s this blend of styles, the see-sawing back and forth between the all out black metal ravaging, to flighty melodic wanderings and bouts of progressive technical excellence that makes this album such a captivating experience. Never is this description truer than the album’s title track, which is a thunderous juggernaut of symphonic Black Metal, aggressive vocals, dark brooding riffs and cavernous synth which combines and explodes in a supernova of dark light creating an atmosphere of gloom.

Let us now talk about some of the technicalities of the album. Firstly the artwork which fits the albums soundly perfectly. Cold, dark and with a hint of the ethereal, the “Spectres” artwork sets the scene before a note is played. In terms of songwriting, “Spectres From The Old World” is a well crafted and sublimely thought out album, but not to the point of being over-thought, and so each tracks flows effortlessly from one track to the next utilizing a plethora of sounds and styles, as well as a sprinkling of nicely timed melodic interludes. Far from out staying it’s welcome, this is an album that begs to be experienced again and again. A six year break from studio work is a long time for fans of Dark Fortress, but with spectacular results such as this, who can really argue with their method? (Heathen of the Horde)