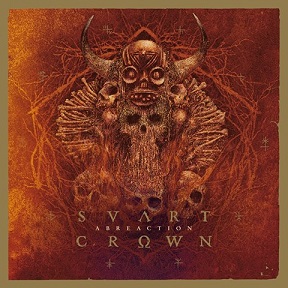 The Black/Death Metal formation from the lovely city of Nice (France) is slowly climbing on the ladder of recognition. The debut “Ages of Decay” was released by Rupture Music which got Svart Crown signed by Listenable Records to release two more albums. Not long after Century Media picked them up and here it is…album no. 4 called “Abreaction”. The album is filled with all kind of trips through the realms of Extreme Metal. Be it Morbid Angel-esque passages, late Behemoth/Belphegor song structures, the typical France Black Metal dissonant guitar ideas, murky Doom/Death from the US…it is in this album. Although the production is quite clear, it is not an easy listening album. A “Wooohoo! Chaos!! Occult!” for some, “I just can’t get into this album” for others. (Ricardo)