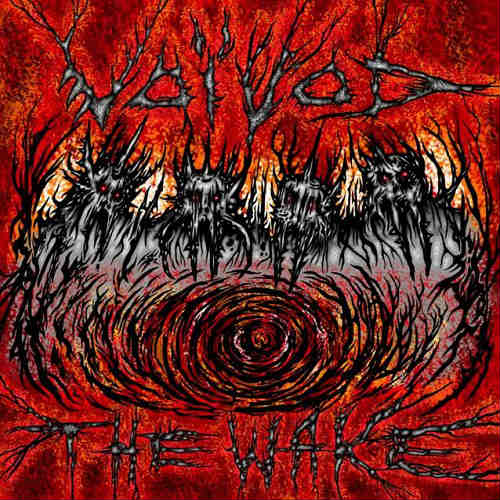 Way back in the dawn of time when The Great Mackintosh was knee high to a grasshopper, and into some of the finest Thrash Metal ever known to man – you know, Destruction and Kreator, a wee bit of Sodom, maybe a touch of Coroner and a dash of everything else – he found an album by the name of ‘War and Pain’ at his local record store. Going just by the cover alone, as you did back in the day (and what awesome artwork it still is), he bought the bloody thing, took it home, and put it on his record playing device. Needless to say, it didn’t end well, not at that moment anyway.

When you had the maniacal riffery of such killer bands echoing through your head, the jarring dissonance and discordant nature of a band such as Voivod was almost an affront to one’s sensibilities, and yet, I would still stare at the album and wonder why I just couldn’t quite grasp the concept that they were delivering. Snake’s vocals just didn’t sit right, where I thought they should be going flat out like a lizard drinking they would do the opposite. It sounded too rough, too much like they hung out with Punks (and I didn’t mind Punk at all if it was proper Punk), it was all messy and did not at all fit in with my current views on what Metal should be.

Still, every now and then my urge to understand them more would arise and I would have another crack. Roll onto their next release ‘Killing Technology’, which of course I had to have just for the amazing artwork again,and things started much better right from the start. I like robots and futuristic sounding shit, so I thought this is way better. Again though, it was a  hit and miss affair. Do these guys know how to play conventionally or are they just trying to be as fucking odd as possible, I asked myself. Snake’s vocals still grated, and my brain just refused to accept it all. I again enjoyed it in a sense on occasion, but it was still not high on my roster of ‘Things I Listen To That Make Me Feel Happy’.

The breakthrough for me came with the release of “Dimension Hatross”, and the fact that I was a little more seasoned in all things Metal, and life in general. Mind you I was only 17, but fuck man, I knew it all. Didn’t you back then? Ha-ha. That intro man, and that opening riff, had me hooked from day one. The dissonance all made sense suddenly, Killer bass lines thundering beneath pure sci-fi related themes of wonder, and Snake then also made far more sense to me. They all did. Voivod weren’t Human at all, they were a bunch of fucking Aliens stranded here for some unknown reason that had nothing better to do than absorb our culture and turn all the rules relating to music and what is pleasing to the ear on it’s proverbial fucking head. And, it worked, and has ever since for me anyway.

A career spanning up to nearly forty years soon, obviously unable to start the warp drive in their crashed ship, or too lazy to do so, and living in what we all know as a place called Canada. An obvious haven for people who are just plain odd (and like to say “Sorry”, “What’s that all aboot”, and are now legally able to smoke more weed than Cheech and Chong could ever dream of. Just jokes, calm thy tits ha-ha), you’d think after a while they would have run out of ideas. Here is the part where I disappoint you, because they have been slowly maturing like the finest of Moose droppings over the decades. We all have our favourite moments, like that time they teamed up with Jason Newsted and it actually worked, or that fucking fantastic ‘Nothingface’ album with that cool as fuck Pink Floyd cover. If any band ever deserved the right to cover Floyd, then Voivod are the undisputed champions. ‘Angelrat’, heck, even ‘Target Earth’, all fantastic. Progressive or Punk or just plain queer, most of their stuff has always been of the most fascinating variety once you took these Alien weirdos on board pardon the pun.

Always dreaming of the outer bounds of everything, and having been there without a doubt, they now bring us another fine epic in the form of ‘The Wake’. An Interstellar odyssey of the highest order awaits you right here. This one fits well into the ‘Concept Album’ kind of thing, being in itself a tale of a lost Alien craft missing for millenia that suddenly comes alive for some unknown reason and destroys humanity just for the sheer fucking hell of it. One man survives, and as the story progresses you can hear his lamentations. Almost ‘War of the Worlds’ like in a way, and certainly worthy of a musical for mine. This album contains a very vivid and constant theme from one musical passage to the next, and yet never oversteps the mark by constantly evolving as it goes along. You will hear many a riff that will make you think you have somehow gone back to an earlier track, but then it is gone in an instant and you are on fresh soil once again, all by yourself, wondering how the fuck you are the only one left alive so to speak.

The death of Denis D’Amour (Piggy) certainly sent shock waves through not only the band themselves, but the Metal community as a whole, and yet after hearing this, you will have no problem in believing that guitarist Daniel “Chewy” Mongrain is not only the perfect replacement for such a level of genius, but was probably created from a gene splicing taken from Piggy during some sort of medical procedure. This genetic material was then obviously sent out into the universe to be mixed with such vast intelligence and wonder that we can only begin to ponder it’s majesty. Every sweep of his mighty hand spawning new galaxies and sound structures way beyond our ken, every note gently plucked sending a new star into the cosmos, and every magnificent solo sending solar systems into delicate swirling orbits for all the rest of eternity. I kid you not one bit.

I may have got some of the space bits wrong, but you will surely get my drift about the alien thing. Pick a song, tell me it fits in the structure of your mind perfectly and I will gladly hand you the keys to my very own spaceship, or the mental asylum.  Voivod are not like us, and yet they seem to be trying to communicate with us. The only way I can put it is that maybe if we were more open to their wavelength, they would then be able to.

Fucking utter brilliance. As a concept alone, it is a beast, the way it has been done, Voivod have shown that they are timeless. We will all die before they do. I have not explained any more of the songs on this one, for good reason. Have a listen. Enjoy the story. Educate yourself. I’ll see you out on the rim of another world. Do not be the corpse I trample over when it all turns to shite. Get some Voivod into you first. (The Great Mackintosh)