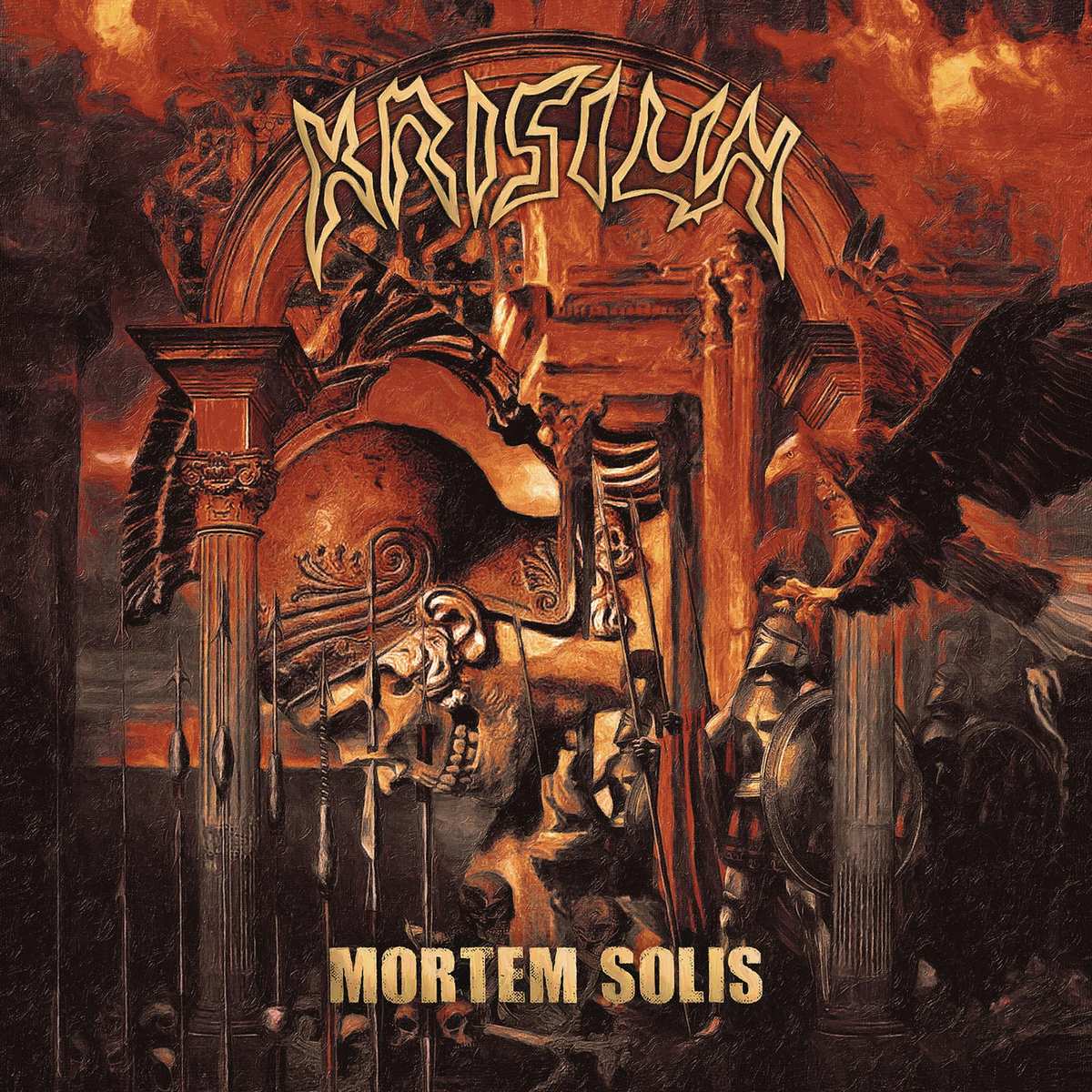 Some certainties make life easy and enjoyable, that’s how you know that in addition to the sun rising every day, there is a political crisis in Italy about once a year, there will always be a new feud in the Kardashian family and that by the time it’s December you can’t get “Last Christmas” out of your head. And just like that, you also know that every two to four years you can expect a new album from Brazil’s Death Metal elite Krisiun. Who also assure you of their familiar quality without frills and surprises. ‘Mortem Solis’ is already the twelfth work of the three brothers, who despite having nothing left to prove, still do so.

The Krisiun house style that is so characteristic is, of course, omnipresent on this album as well. In their three decades of existence they have shown very little musical movement, adventurous sidesteps are not Krisiun’s thing. Yet the three brothers decided to make ‘Mortem Solis’ a more straightforward album and to rid it of all unnecessary frills. That makes you think, what in the previous albums would they have labeled as such?

With all the love in the world, I can not answer that question. Nothing about ‘Mortem Solis’ sounds significantly different than it did on their previous work. The album kicks off with three bangers in a row (‘Sworn Enemies’, ‘Serpent Messiah’ and ‘Swords Into Flesh’), stepping into their own footsteps of the sound that has been perfected since the iconic 2000-album ‘Conquerors Of Armageddon’ (Century Media). The thundering drums, sharp guitars, screaming tremolo solo’s and roaring vocals are back in full force, rolling over each other into an all too familiar heavy wall of sound. The sparse moments that the band takes a step back from hyper speed and gives you a little bit of breathing space, it is only to again grab you by the throat like a Brazilian rear naked choke.

To sum it all up, Krisiun again hits you with the kitchen sink and tries to rearrange your face with their hard-hitting trademark blast beat-driven Death Metal. If Krisiun wasn’t your band in the past, it won’t be now and, most likely, it will never be. But, if you have had a weak spot for their honest and hardworking sound, then you can purchase ‘Mortem Solis’ blindly.