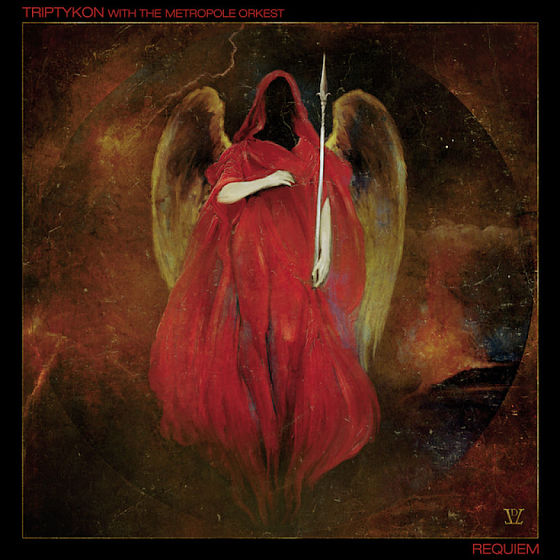 Tom G. Warrior needs no introduction. Hellhammer/Celtic Frost/Triptykon. Extreme Metal defining bands. He one’s stated that he wants to write a Requiem and so he did.

“Requiem – Live at Roadburn 2019” (one of the most and best artistic festivals) consists of 3 chapters, “Rex Irae”, “Grave Eternal”, “Winter”. 45 minutes of OUTSTANDING material with Hannes Grossmann on drums, V.Santura on guitar, Vanja Šlajh on bass and vocals, Tom G. Warrior on guitar and vocals, Safa Heraghi on co-vocals and the Dutch Metropole Orkest, conducted by Jukka Iisakkila.

Live recordings are probably the peak of art and manifestation for a musician, and this Requiem shows another facet of what metal musicians are capable of. “Rex Irae” and “Winter” should be familiar for Celtic Frost fans, but “Grave Eternal” is new and 32 minutes long! The key chapter and also the most interesting. There is so much going on, not only but thanks to the killer orchestration, the dynamics, the dark seductive vibes, the grave intonated, this is pure dark art and would need a review on his own.

Absolutely brilliant what the musicians wrote and performed at Roadburn and to fans of dark music, this is MANDATORY! Safa Heraghi’s voice is mind-blowing as well and another fantastic contribution to the overall stellar performance.

I wish I would have been there, thank you Tom, thanks Triptykon, thanks Roadburn and thanks Century Media! Live Record of the year! “Wave after wave, dead voices mourn the world, still lies the grave eternal, a spectral longing fades evanescing “. (DPF)