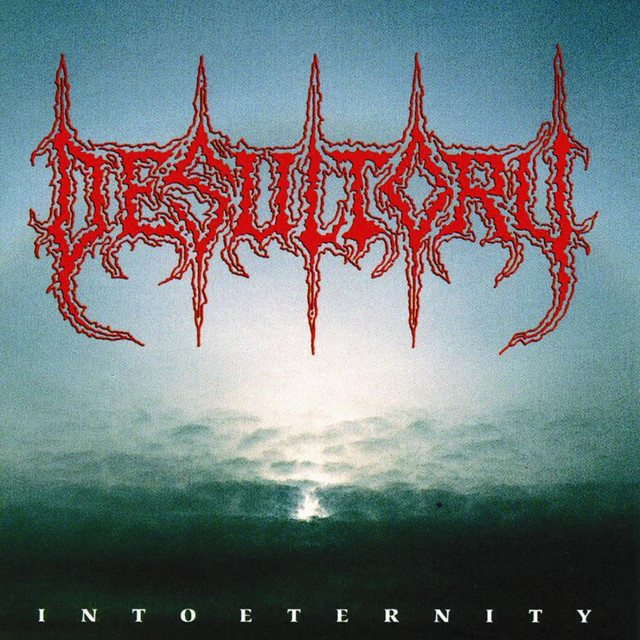 Founded as early as 1989, Desultory was one of the first Swedish Death Metal bands, but unlike many of their contemporaries, they opted for a different take on the genre. While most other Swedish Death Metal bands had Nihilist as their major influence, Desultory was shaped largely by American-styled Thrash Metal and Chuck Schuldiner’s Death. Also their distinctive use of melody made them a bit of an outcast, musically. The band always divided the scene in lovers and haters. One of the people that never cared about the band and never misses an opportunity to express his opinion, is ‘Swedish Death Metal’ author Daniel Ekeroth. In his book he wrote that the band was basically too simple and that they were not able to pull of their melodicism into the same level as At The Gates would a couple of years later.

Despite rather differing opinions, Desultory was one of the first Swedish bands able to present their work on vinyl. The then recently founded House Of Kicks label was quick to capitalise on the booming Death Metal scene. Like Therion’s ‘Time Shall Tell’ 12″ EP, Desultory’s two latest demos (omitting the ‘From Beyond’ demo from 1990) were also released on 12″ vinyl. That particular 12″ EP currently fetches several hundred euros, which means that at least today there is a demand for those early recordings of the band. But while perhaps not everyone was equally enamoured with Desultory’s Thrashy approach, the major Metal Blade Records saw the band’s appeal and signed them, making them one of the first Swedish Death Metal bands to sign to a big metal label.

The bands’ debut album, ‘Into Eternity’, was musically rather close to their first demo’s. The most remarkable aspect of their demo material was that they were exceptionally well recorded and a nice clean and crisp sound with lots of punch. It also left enough space for the melodies to shine through. I personally even prefer these older recordings over the debut album. But those great demo recordings made the step to ‘Into Eternity’ a lot smaller. Not only was it similar in sound, most of the songs of those two demos reappeared on the album too, only omitting the title track of the ‘Death Unfolds’ demo. The tracks that the band wrote specifically for the album are even a bit more thrashy and above all, more technical. A song like ‘Tears’ has a lot of those angular Thrash Metal riffs akin to early Kreator (post-‘Endles Pain’ though). Their melodies certainly cannot be described as underwhelming with good sense, comparing them to later recordings or later bands is a bit easy though, and of course Desultory’s work then sounds more primitive in nature. But when placed in their time and space, it cannot be said otherwise than that they were way ahead of their time.

Ekeroth may comment on the level of riffs and melodies, but I overwhelmingly don’t go along with that. It may not be as catchy as At The Gates, but they too needed more time to get the puzzle pieces in place. Desultory was a pioneering band that really came up with something very different from the average Grave or Unleashed-like band. In recent years, this album has been re-released several times by various labels; it’s good to see these early recordings of the band getting renewed (and lasting) attention.