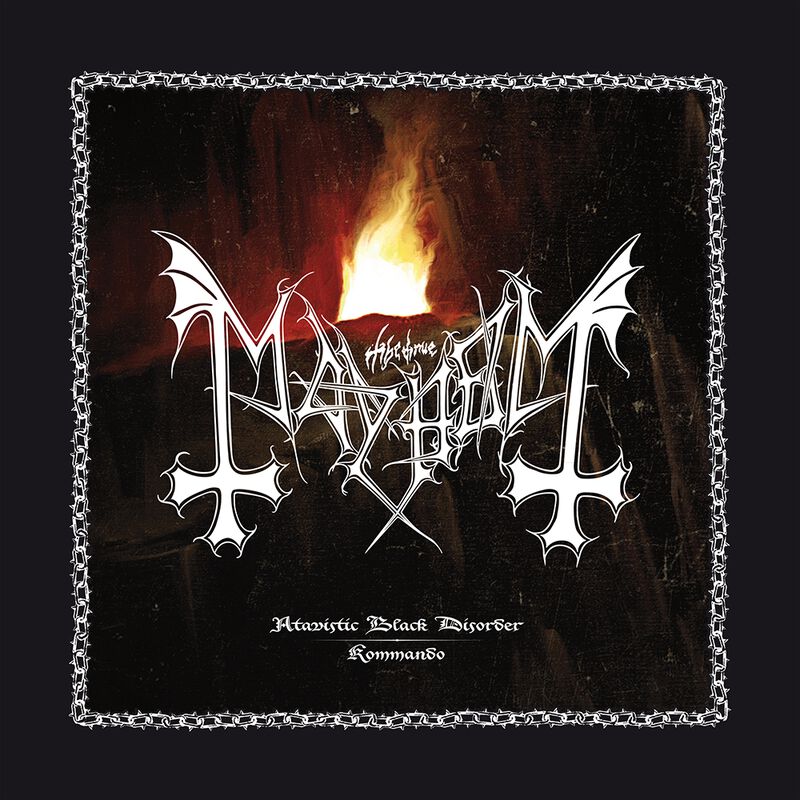 Mayhem’s latest two albums, ‘Esoteric Warfare’ from 2014 and the latest, ‘Daemon’ from 2019, have divided fans and admirers. Both records are far from easy-listening Black Metal and pushed their boundaries, and of the genre as a whole. Not that anything of their back catalogue is easy to digest, but Mayhem definitely took a whole different musical route than most of their fellow genre-founders. Where, let’s say, Satyricon, went for big commercial success and with every new album further strays away from their Black Metal roots, Mayhem does the exact opposite.

With this new EP Mayhem continues where ‘Daemon’ stopped. That is not much of a surprise, since all songs were recorded during the same ‘Daemon’-session. So, you’ll get a fair portion of complex and dissonant Black Metal. At least, that depends on how you look at it. Only one track is a real new Mayhem-song, the first one, ‘Voces Ab Alta’ and this is a song that is equally mind-bending and challenging as the best tracks on ‘Daemon’. The other two tracks on the first part of this EP (and if you enjoy this one on vinyl, the A-side of this EP) are actually tracks that can be found as bonus tracks on ‘Daemon’, so not quite new.

The second part of the EP is the fun part – or, not at all, that depends on your perspective. These four tracks gives some insight in the early roots of the band as it was not only Hellhammer and Bathory that influenced Mayhem and helped them shape their iconic sound, they were influenced by a lot of punk and early hardcore as well. Not quite a secret, listen to ‘Deathcrush’ a little closer and you’ll know. To celebrate their roots, Mayhem invited old vocalists Maniac and Messiah back to jam out some of their favourite punk classics (Discharge, Dead Kennedys, Rudimentary Penni and Ramones). A nice idea that works remarkably well. Especially Maniac in the shoes of Jello Biafra in an abrasive version of Dead Kennedys’ ‘Hell Nation’. Though Mayhem definitely does not make these tracks sound like a fun slamming punk party, you can hear their enthusiasm throughout these tracks.

A new Mayhem release is always food for discussion and this EP is no exception. On the contrary, I would say. If you’d focus on the Mayhem-originals, the loot is then somewhat scarce and you might need to have a similar mindset or punk background to enjoy the B-side tracks. If you belong to the latter, crank up the volume and play it again. If not, you can wait for the next full-length, you can rest assured that they again will provide you with some next level impelling Black Metal. So, summarizing, was this a necessary release? Maybe not. Does that even matter? Definitely not.