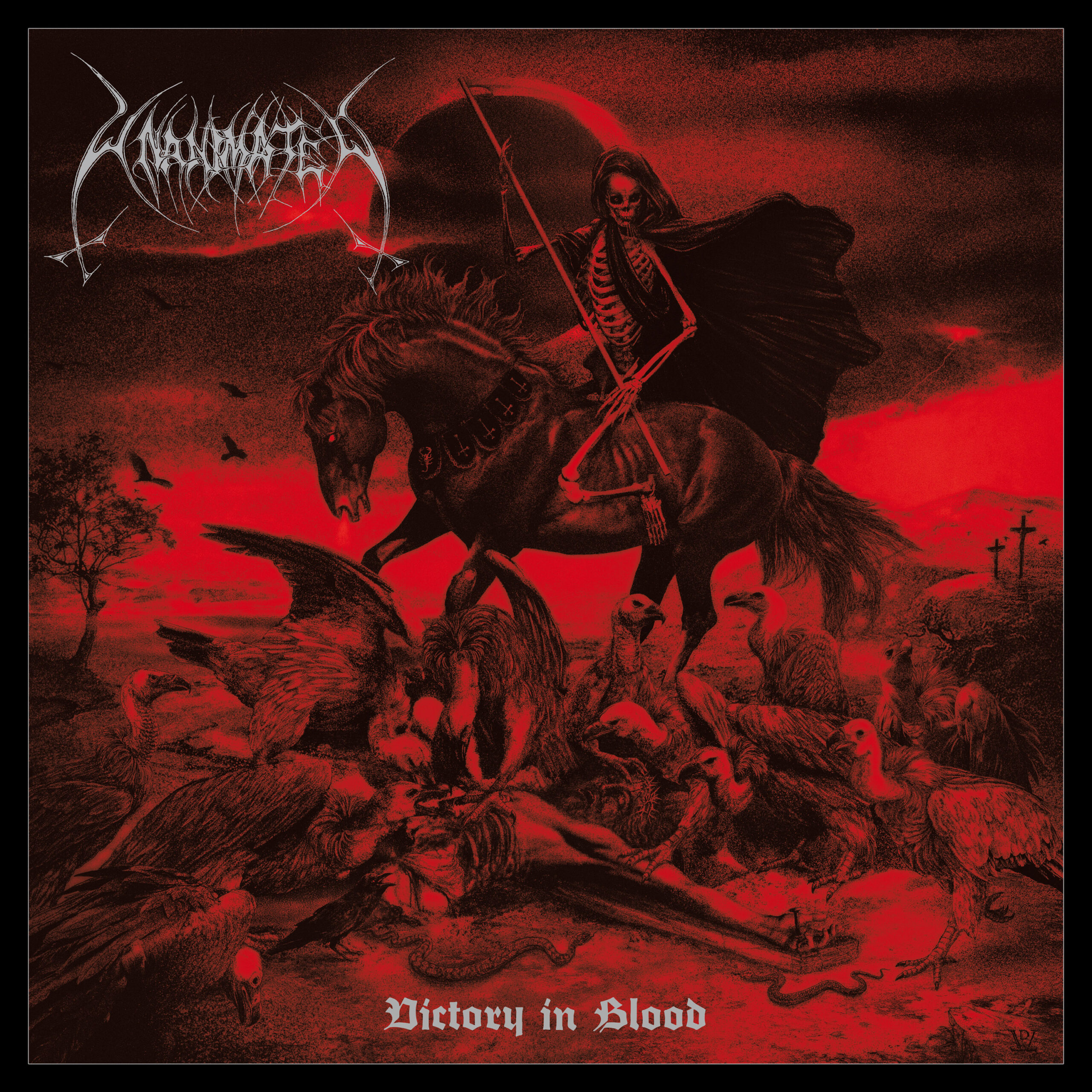 With their demos, `In the Forest of the Dreaming Dead’ and `Ancient God of Evil’, Unanimated became one of the pioneers of the Swedish melodic Death/Black Metal scene that arose in the early to mid nineties. But much like their contemporaries Dissection, the band soon ceased to be after the release of their sophomore album and left the scene in the hands of others. The Swedish melodic Death/Black Metal scene exploded, then inevitably faded away and all but disappeared for quite some years, but ancient gods of evil eventually awake from slumber, and so Unanimated reunited in 2007. The resulting reunion album `In the Light of Darkness’ had a slightly different sound and focussed more on atmosphere and mid-paced sections. Although not nearly as lauded as their classic albums, new Unanimated material was still welcomed with open arms. Surprisingly, however, the band once again retreated to the darkness for almost a decade before the release of the EP `Annihilation’ in 2018. It proved an appetising teaser for the full-blown return, which has been crowned `Victory in Blood’.

Where the predecessor felt more focussed on atmosphere and leaned more on medium pace sections, on the new album a song like `Demon Pact (Mysterium Tremendum)’ is probably one of the few tracks that comes close to (or rather, improves) that sound. Overall, the latest Unanimated album is faster, heavier and darker. The typical Unannimated melody in the music is still very much there, but is less in the focal point as on, say, `Ancient God of Evil’. Instead, melodies are more blended with faster sections, perhaps a bit more like bands such as Naglfar. This new direction is particularly clear in the title track, subsequent `Seven Mouths of Madness’ and `The Devil Rides Out’. The band has always had a fresh dose of Heavy and Thrash Metal in their songs, which comes out stronger on tracks like `The Golden Dawn of Murder’ and `Scepter of Vengeance’. This even turns into a downright epic direction with the closing track `The Poetry of the Scarred Earth’. Clearly, the album is diverse, even though the Unanimated formula for melodic Death/Black Metal is clearly the base for the vast majority of the album.

Many years have passed since the release of `In the Forest of the Dreaming Dead’ and `Ancient God of Evil’, and many bands have taken the elements from those records. Unanimated must have also realized that repeating what they did in the past was not the way forward. Consequently both `In the Light of Darkness’ and `Victory in Blood’ find the band moving away from their classics in search of a fresh and unique sound. You can argue that is a good thing to do, but the risk is always that what made the band great is lost. A recent example was the release of Eucharist’s `I am the Void’, which found the band on unfamiliar terrain redefining the sound and only offering hints of former glory to those willing to search for it. Unanimated certainly hasn’t gone that far, and you can still clearly hear the roots of the band. I find `Victory in Blood’ a better album than the predecessor. Maybe it doesn’t sound that much like those classic Unanimated albums, but regardless of history, it’s a versatile and dark album which should be enjoyable for fans of Swedish melodic Death/Black Metal. (VincentP)