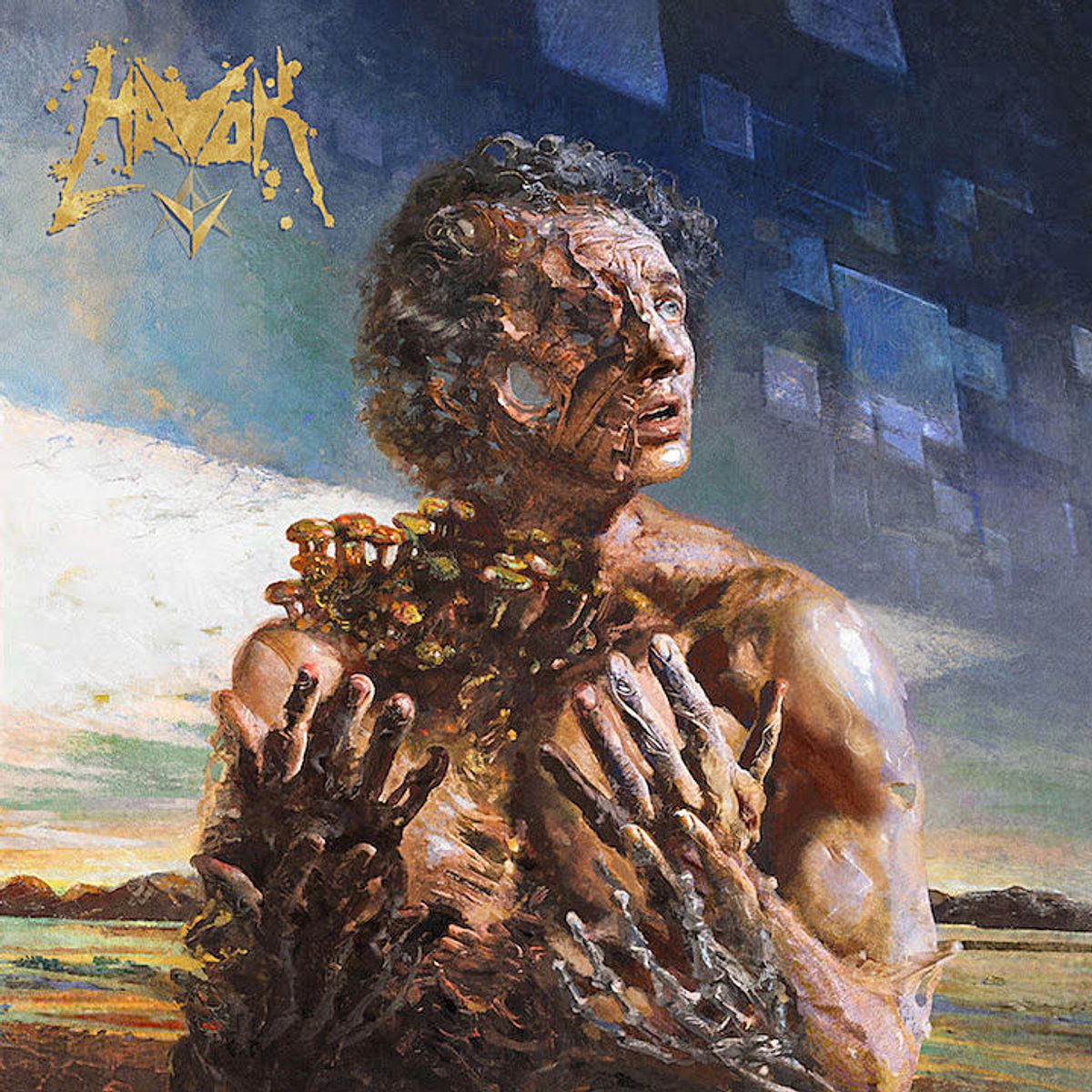 The fifth studio album from Havok is titled ‘V’, so it wasn’t a long and hard search to give name to their new child. This American Thrash band is one of the many new Thrash metal allegiance members, so with modern influences where experiments are very common. Well, on the previous album there was some complaining about the overwhelming bass parts, but it seems they’ve replaced that bass player. Nick Schendzielos, with Brandon Bruce.

And yes, after listening to this release I must say that the bass parts are reduced plenty. Did he totally vanished in the sound? Nope, listen to track “Panpsychism” where the guitar riffs are combined well with the bass lines – and where the band Prong comes to mind with me. Another big band also has a big influences on some tracks – just listen to some (hint: “Ritual of Mind”) and guess which band I’m talking about. Also “Post Truth Era” has a link with that band…yeah, always fun to have some trivia question in a review haha.

Well, I said in the beginning they hadn’t that much difficulties to find an album title, but however, musically seen I also miss some pep and ideas on the entire album. Okay, some tracks have little surprises added like for example “Merchants of Death” with its futuristic input, but this album lacks outliers and doesn’t grab my attention fully the entire ride. I expected flashy Thrash with lots of energy, but I returned from a bare journey unfortunately. And when they start entering clean vocals parts (“Don’t Do It”), well then I can only suggest they comply their own words.

Make a long story short: I’m not that enthusiast…give this one a spin and perhaps you’ll enjoy it more. (Fredde)