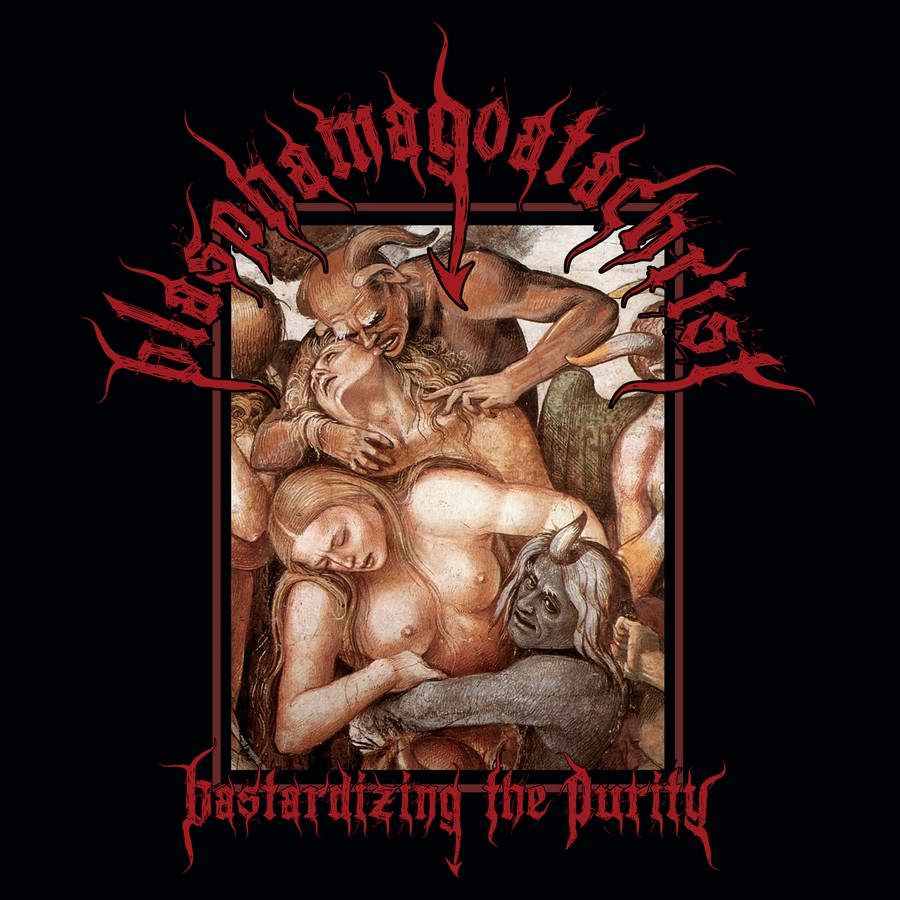 While most people are still taking a piss out of their demo (“Black Metal Warfare” from 2018), international juggernaut Blasphamagoatachrist return with their debut album “Bastardizing the Purity”, which has already received the YouTube treatment, a full month before being officially released, got removed and was put back again. Because vicious, nasty, good music should be shared.

Comprised from members of Blasphemy, Goatsperm and Antichrist (hence the name) play the skull cracking War Metal its members bring from their original bands which starts to show after a short, but maybe a tad generic intro, when skull cracking ferocity of mid 90’s bestial Black Metal kicks in. At first, you might get the feeling most of the songs start out in a similar mid paced marching manner, which later explode into a violently chaotic and even deranged bestiality comprised of machine gun drumming, brutal exchanges from throat slitting distortion to unconventional buzzing riffs mixed with absolutely deranged vocals spewing out pure hatred.

To avoid the music becoming a bit ‘too much’ when the album is listened to in one take, there are two interludes added, where the instruments stop for a couple of seconds and the remaining sounds don’t actually provide a so-called breather, but just make the sensation of the album a bit more uncomfortable and unpleasant. This most certainly enhances the magic of true War Metal in its primal form.

A lot of times the so-called supergroups don’t actually live up to their name. This is most certainly not one of those bands. Yes, the members of the bands included have a shit-whole-lot to live up to, since their original bands are already considered legendary among the listeners. But they most certainly don’t pay attention to that. They are here to combine their violent and chaotic musical talents into a snowballing aural effect to which one you can join or be trampled to death by it. Your choice, so be careful how you approach it. (Black Mary)