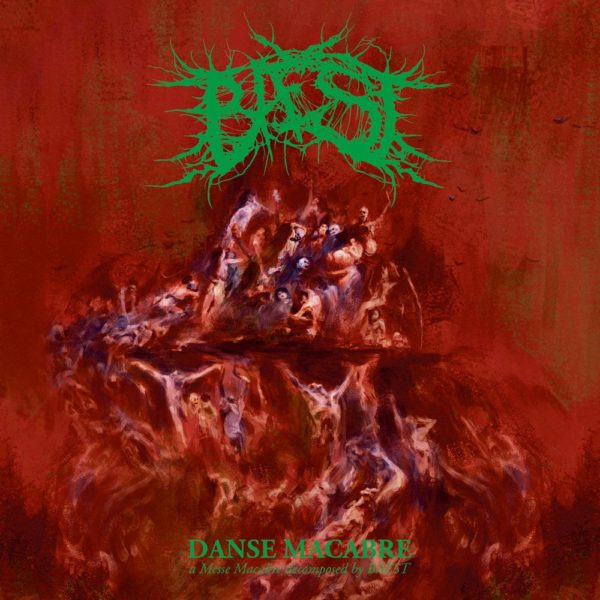 Here we go. Swedish Death Metal made in Denmark by 5 youngsters that learned from the greatest to unleash a killer album, namely “Danse Macabre“. First of all, all trademarks are there…even some Dismember melody. The production fits todays standard and isn`t retro at all. The band isn`t too shy either to incorporate some classic guitar interlude before the Death Metal hammer smash right away into your guts. The band does alternate very well between high octane blastologies and groovy mid-tempo parts in the Bloodbath or Funebrarum way.

The deep guttural vokills are in the same tradition and well executed, although not outstanding like some of the genres best. The solos are well incorporated and fit well to the whole atmosphere. What I am missing are the killer outstanding tracks/hooks the legends are known for, but they  are in the right direction as we are still talking about a debut album. In terms of songwriting, Baest are already in a good shape. The breaks and changes are made at the right places and suprise with some killer riffchanges. They won’t change the face of (Swedish) Death Metal but will add a new Baest to it. Well done and let`s wait the answer from Bloodbath. (DPF)