Apparition – “I think it was a good way to show the world what we were doing. That’s what a demo should be about. Sound-wise, there’s room for improvement, as it was mostly self-recorded and mixed, but that’s what we’ll try to do on our debut full-length.” 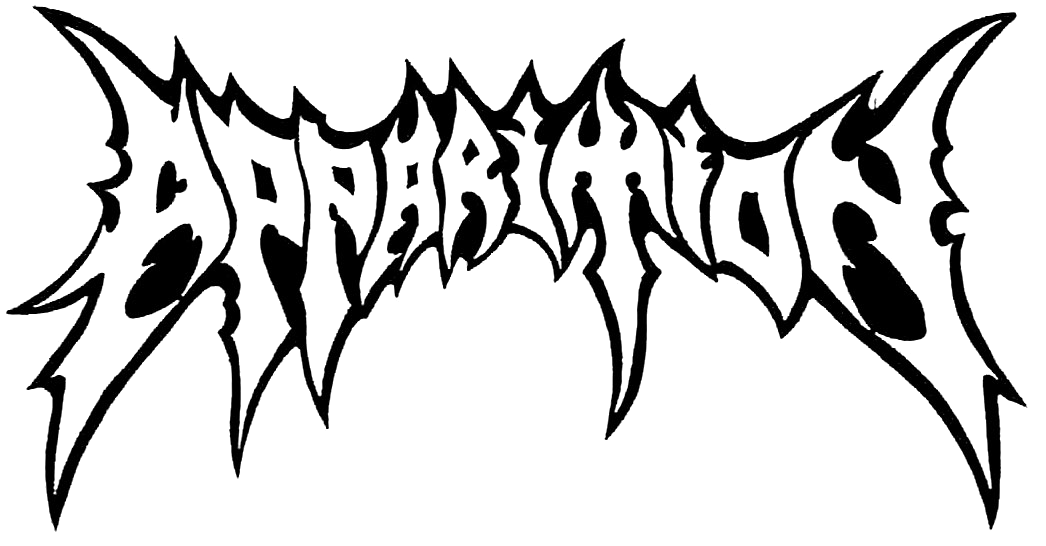 Following on from an extremely promising debut demo release, I spoke with Edu (Bass/Vocals) and Ivan (Guitar) of Spanish Death Metal trio Apparition about the demo, how they got into Death Metal and what’s coming next for Apparition. (Marksson)

Greetings to you from the UK. How is life currently in Spain?
Edu: Hi Luke, thanks for getting in touch. Life in Spain ain’t that bad despite the ongoing and endless global inflation. It sucks, but such is life.

I’ve just reviewed your debut demo. It’s an extremely impressive debut. What are your thoughts on the demo? Are there elements you would change or tweak?

Edu: I think it was a good way to show the world what we were doing. That’s what a demo should be about. Sound-wise, there’s room for improvement, as it was mostly self-recorded and mixed, but that’s what we’ll try to do on our debut full-length.

Iván: Regarding the musical aspect, I wouldn’t change anything. I like the three songs that form the demo the way they are. About the sound, considering it was mostly self-recorded except the drums and the final mastering, I think it ended up better than we expected, considering we had very few means. We were eager to do it even if we didn’t have much technical knowledge about recording. All in all, there’s obviously room for improvement in that field but we are working on that for our debut full-length.

What kind of reaction has the demo received so far, from both critics and fans? Are there any particular comments that stick in the memory? 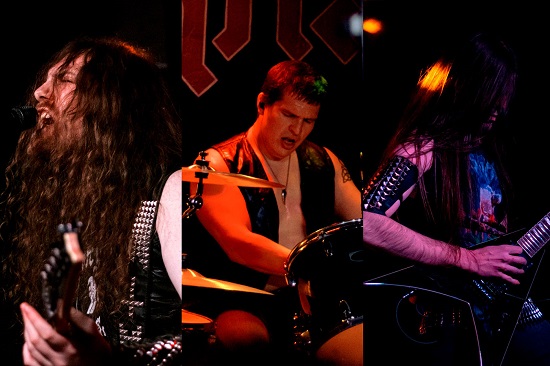 How did you all first get into Death Metal? Which bands would you say are the biggest influence on the Apparition sound?
Edu: Nothing out of the ordinary, we got to it after listening to heavy and thrash metal and through your usual bands. Lots of them have been influential to the Apparition sound as we’ve been die-hard fans of the genre for many years, if I had to name a few I’d say Slayer, Death, Massacre, Morbid Angel, Sepultura…

How did Apparition get together? What was the spark behind the band’s creation?

Edu: Iván and I had been talking about playing together for some years, so by late 2017 / early 2018 we finally decided to rent a rehearsal space and play some covers to see how it’d sound. We needed a drummer and David was an old friend I had been playing with for almost 10 years at that point so it came out naturally to ask him first. We started rehearsing some old covers at a pay per hour space and we soon rented our own space, bought some proper gear we were missing and Iván wrote some songs of our own. So we’re basically some old friends playing the music we love.

Are you working on a follow up to your demo? Can you give any details about what format your next release will be? How about lyrical themes or a release date?
Edu: We are currently recording our debut-full length. Unlike our demo, this time it will be 100% professionally recorded and mixed at Moontower Studios. No release date at the moment, but it will be hopefully out during 2023. It will follow the same path of the demo, but stronger and more powerful. Two demo songs will be re-recorded, along with six brand new songs. Lyrical themes deal with horror, morbid passages of history, the beyond and the thin line that separates it from our reality. 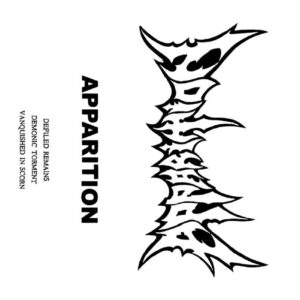 Have you been gigging at all? Have you been on full Death Metal cards? What kind of reaction have you been getting live?
Edu: We played three gigs earlier this year to support the release of the demo, two in our hometown in Zaragoza with Intolerance and Nuclear Revenge, and one in Madrid with Oniricous and Tötenwolf. It was a great experience, and people seemed to be into it. Right now we have stopped our live activities due to the recording of the album, but we will return in full force in early 2023.

Do you take much interest in your local Death Metal scene? Are there any other Zaragoza bands who you would recommend?
Edu: There isn’t a big death metal scene, but there are still a few maniacs and some shows here and there and that’s enough. Regarding other local death metal bands, Intolerance has recently released their debut full-length, ‘Dark Paths of Humanity’. Go check it out.

That’s all I have for you. Gracias for taking the time to speak with me. The finals words are yours.
Edu: Thanks a lot Luke for reaching us, stay alert for our debut full-length, and meanwhile feel free to check out our Bandcamp, where you can listen to our demo and find our releases and merchandise. Death metal, kill them wimps! https://apparitionofdeath.bandcamp.com/