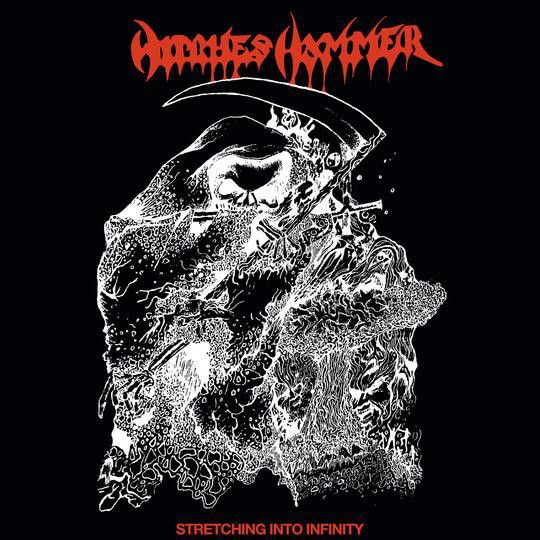 NWN productions has re-released the compilation album Stretching Into Infinity – originally released in 2005 from Witches Hammer. Tracks 1-5 are from the Witches Hammer EP (1987), the others seems to be tracks from an unreleased album recorded in 1988. So fans of this band will surely discover new material on this 12” vinyl.

What may you expect? Simple, old school thrash metal with a black and speed attitude which sound smeary and coarse. No fancy shit, these guys just preach the old vibes. The old school productions has been held intact and takes you back to the blessed years of the 80’s, only the artwork is now with a black background instead of a grey one.  A link to German band Sodom in their prime is insuperable. This compilation is a nice introduction for the new generation metal heads. (Fredde)