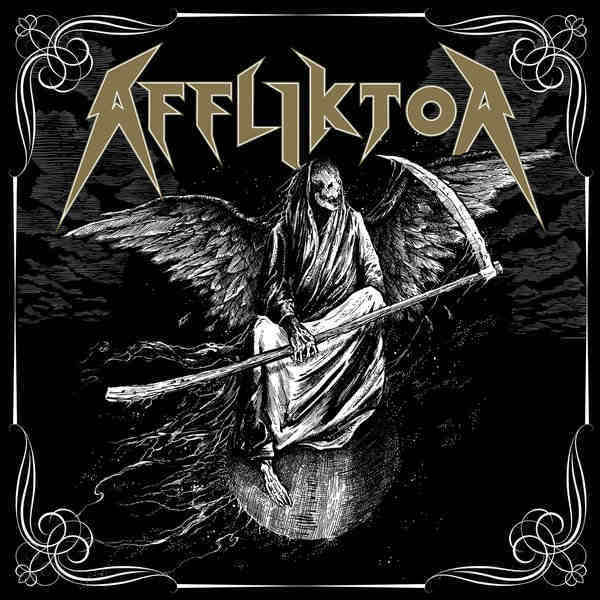 Multi-instrumentalist Toby Knapp has some projects, bands, guest/session duties and collaborations under his belt. And not strictly for one genre as he offers both his hands and guitar to recordings within the Hard Rock and Neoclassical/Shred style till the unholy Black Metal genre. Maybe you’ve heard his work in Waxen, Darken, Godless Rising, Fetid Zombie or Seeking Obscure…a well respected musician if I may believe the ones who have worked with him. And here he is with a new project called Affliktor, a Black/Thrash metal kinda concept this time. To start this with a positive note, one can hear the strength of Knapp’s musicianship as the leads are sounding promising, but if you are familiar with this work that wouldn’t be a surprise. Even that promising that I’m thinking like “man, why don’t you shifting the focus more to that part?”. But I have to say they are sounding more promising for a Thrash or Death Metal track than a Black/Thrash one. The negative part is; the album as whole as it feels like the puzzle parts doesn’t fit together. It sounds very thrashy and the rhythms are in the vein of Testament and Kreator combined with Abbath’s distorted vocals on Immortal’s “Blizzard Beasts” along with a drumcomputer. Although it seems that Knap knows how to handle the drumsticks as well, it has written drumcomputer all over it due the sound. Altogether, it just doesn’t add up for me and after 5 spins I prefer his Waxen project, which fits better together as a whole. (Ricardo)