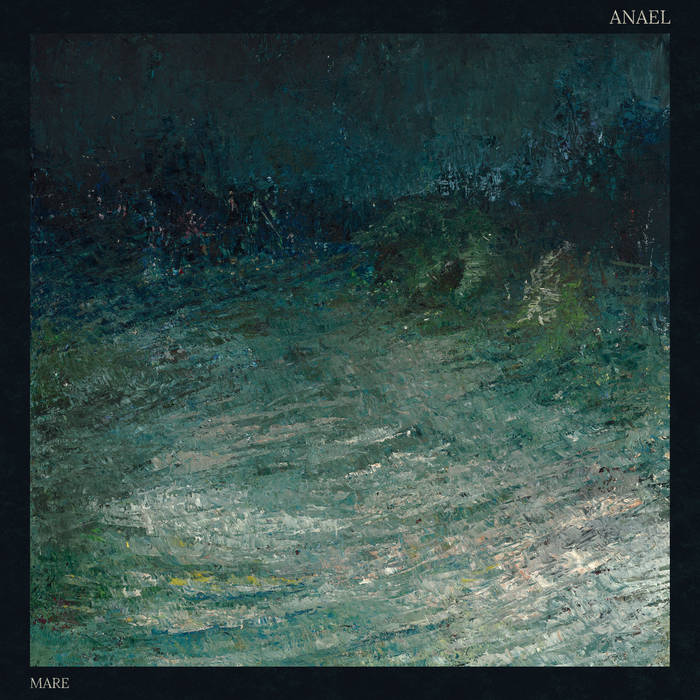 Anael has always been a massively overlooked band in the German Black Metal scene. Not only were they able to bring something else to the local German Black Metal scene, but their creative and intricate song writing was way ahead of its time. Sometimes it is a mystery why one band gets their parties started easily and other don’t, without clearly identifiable reasons. Whatever the reasons, and all the lame name jokes aside, the band weren’t the most prolific, which didn’t help the band to establish a more firm position in the Black Metal climate either.

This latest album, ‘Mare’, which saw its release last year, marks their first release in thirteen years. While the band was able to release a couple of EP’s and three albums in the first years of their existence, the band seemed to have fallen in some long hibernation or some other hiatus. Whether it was because of the bandmembers’ many other musical endeavours (Hellish Crossfire, Ungod, Alchemyst, Hatespawn among others) or basically the other way around, remains unclear, but whatever the reason, Anael seems to be back. At least for now…

The band’s earlier works can be characterized as non-standard Black Metal, especially at the time, not quite riff-heavy or evil spirited, but rather leaning on a dark atmosphere that was created by an almost Funeral Doom-like ambience. Their riffs were much more complex and woven into each other in a way that can be considered rather unorthodox for the time. That does mean that the previous recordings do fit much better to contemporary Black Metal. But Anael wouldn’t be Anael if they weren’t again pushing their boundaries to other musical territories.

Though ‘Mare’ holds all of the above, those kind of Anael trademark ingredients and while still having Black Metal as their firm fundament, they have stepped down the Black Metal genre a little in favour of a more Heavy Metal schooled sound. This results in a sort of mellower blend of Black Metal, leaving much room for an almost Dark Wave ambience and Heavy Metal sort of musicianship. The blast beats and dark atmosphere are still very much present in each song, yet there’s this equally dark and doomy Dark Wave sort of vibe going on, not all too far away from bands like Albez Duz, later Tribulation or The Light Of The Morning Star. Listen to the great melodic Heavy Metal leads in ‘Sophia’ or the 80’s Gothic nature of ‘Dreamtide’ for instance. Anael again beautifully and skilfully forge them into a solid piece of dark music that is very hard to pinpoint into the fixed borders of any genre.

The musical craftsmanship is again at the heart of ‘Mare’ and after a few listens, it can be stated without question that, though musically of a slight different order, all recognisable elements can be found again. In the now established Anael tradition, ‘Mare’ has again become a more advanced album, exploring new boundaries and possibilities. As far as this is concerned, we can say without hesitation that ‘Mare’ is Anael all over again. Hopefully, the next album will not be so long in coming.